As logic suggests and history has shown time and time again, the used car market spikes during times of economic recession. Unlike the majority of businesses, a recession is the busiest time for used car dealers across the nation. It makes perfect sense why people choose to forego new and expensive cars during times of economic calamity when their financial futures are largely unknown. When people have less money or have a fear of being laid off at any time, they try to budget in every category, including their car expenses.

New cars do not only come with a much more expensive price tag, but they also require dealer servicing, which can turn the price of a basic oil change into the price of a three night stay at a five-star Caribbean resort. So, during a recession, people overwhelmingly tend to choose cheaper used cars that require less overall expenses. Oil changes and common maintenance of older cars are usually simple tasks that nearly anyone can complete. 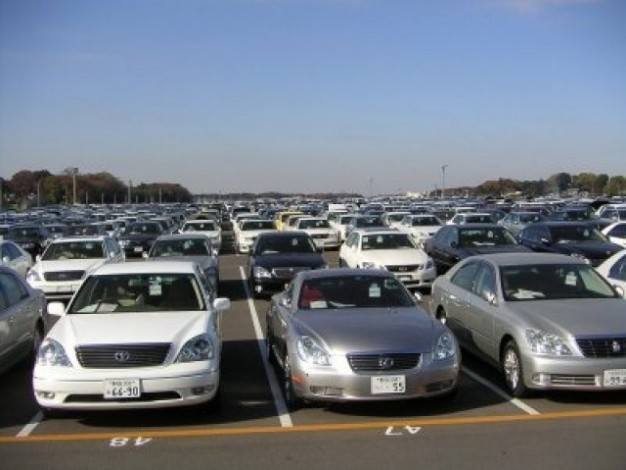 There are numerous ways to profit from buying and selling used cars during a recession. The main order of business when it comes to profiting from selling used cars is finding popular used models that require minimal maintenance at cheap prices. Anyone serious about reaping huge financial rewards from this recession-proof business should attain a dealer’s license. Dealer’s licenses are typically easy to come by and allow anyone to visit dealer auctions where most used car dealers acquire their inventory at reduced prices.

Setting a budget is necessary when searching for used cars to sell. Decent cars for under $3,000 can be easily found through auctions, classifieds, and other channels. Although significant profits can be made by purchasing such vehicles and re-selling them after making some minor cosmetic fixes, it is recommended to purchase slightly more expensive vehicles if the budget allows. There are a myriad of used cars available in the $5,000 to $10,000 price range that allow for thousands of dollars in profit from each sale.

There are many things to consider when purchasing used cars to sell. Firstly, a person venturing into this business should have a solid understanding of the most popular models that sell relatively easily. The fact is, certain manufacturers and car models sell faster and demand more money than others. Secondly, the country of origin and the price of parts should also be considered. European cars may be able to sell for more because they are viewed as status symbols, but the price of their parts are often much more expensive than reliable Japanese or American cars. Usually, some minor repairs are needed in order to make the desired profits from used car sales, even if the cars are purchased below value at auction, so the price of repairs needs to be factored in.

Here are some additional tips and considerations in order to make a killing buying and flipping used cars for sale:

* Low Miles – Cars with low miles command a premium in the used car marketplace. Value-priced cars that are under 36,000 miles are an ideal investment. These cars are basically brand new and can often be found for less than half of their new car retail price. Cars under this mileage are also not due for any major services and they do not require any extra time or money in repairs. Used car dealers are also able to mark-up the prices on these vehicles considerably, making them profit-pulling machines.
* Keep an Eye Out for Specific Makes and Models – Jeeps, trucks, SUV’s, and luxury car brands tend to demand top dollar years after their manufacture date. The value of these vehicles does not diminish nearly as much as most other vehicles. Therefore, finding a good deal on one of these vehicles will provide much more profits than other models.
* Never Go Over 100,000 – Even though many manufacturers, such as Toyota, are revered for producing cars that can perform well over 200,000 miles, the value of a car greatly reduces after it reaches 100,000 miles. Unless it is a Jeep or another type of vehicle that retains its value extremely well, high-mileage vehicles should be avoided.

With the current state of the economy, more and more people are purchasing used cars. This creates a huge opportunity for savvy individuals looking to capitalize on the booming used car industry. There are cars that suit nearly every budget just waiting to be sold for substantial profits.