Posted in Business, Technology
Author: Josephbker  Published Date: May 21, 2012  Leave a Comment on Sending Businesses to the Cloud

Visions of the future have played in movies for centuries. Images of touch screen computers, mobile global positioning systems and talking robots were once thought of as science fiction. With the lightning pace in which technology evolves, businesses are more apt to succeed due to the technology they use on a daily basis.

Although not a new concept, but a genuine necessity in the technological world, cloud computing allows for sharing and collaborating information. This is an ideal solution to help a business save money, improve employee morale and increase profitability. The idea is simple, upload information onto a secured remote server and provide access to said information to the ones who created or need access to the information.

A business no longer has to wait on archaic lines of communication such as snail mail or even email. Collaborators access the information wherever they have access to a computer. Changes are made and the business runs smoother than in years past.

The television is an item that has come full circle within the past several years. LCD televisions are getting bigger and slimmer every day. The technology integrated is also changing. Users have the ability to use a television more like a computer. Developers have the ability to track the patterns of the watcher and subsequently change the advertisements to better cater to the viewer, creating more localized programming.

Google Glasses are straight out of a sci-fi show. This novel concept matches mobile communication with augmented reality. Users interact with the glasses to access information on the Internet and communicate similar 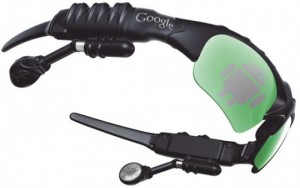 Augmented reality allows computers to generate a world with enhanced sensory functions such as GPS information, graphics, video and sound. With so much information going into AR projects, companies need a place to store the information. What better way than a cloud-based service?

Within the next several years, the days of traditional hardware and software applications will fall by the wayside. Businesses and individuals will have the ability to turn what was once thought of as fiction into a reality. The only way a business is going to succeed in a technologically advanced world is to either embrace and adapt to the changes, or fail behind the status quo.