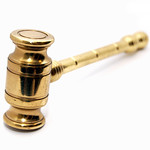 Margaret Thatcher, the United Kingdom’s “Iron Lady”, is famed not only for her uncompromising leadership style but also for her distinctive personal style. Throughout her career, she has been seen as a pioneer of “power dressing” – a conservative yet authoritative fashion statement ideally suited to the UK’s longest-serving (and to date, only female) Prime Minister. Now, a Christie’s auction is offering fans and fashionistas the chance to purchase one of Margaret Thatcher’s signature suits from the 1970’s.

Margaret Thatcher was portrayed last year by a very stylish Meryl Streep in the Iron Lady biopic, who landed an Academy Award for the role and brought 70’s power dressing back to the big screen. Clean-cut, conservative ladies’ suits certainly stand out among Hollywood’s sky-high heels and revealing red-carpet gowns. This dress style might seem a little out-of-date, but it could certainly make a comeback with some input from contemporary designers, giving ladies the opportunity to feel and look great daily without slaving to the latest frivolous fads.

Those lucky enough to bid on one of Margaret Thatcher’s suits or dresses at the Christie’s auction will have a choice of seven iconic outfits. The ensembles were obtained from a private collector as part of the London Sale, which is being held to honour the city’s 2012 highlights, namely the Olympic Games and the Queen’s Diamond Jubilee. Here is a look at three of the Margaret Thatcher outfits due to go under the hammer:

Worn in: 1971
The Occasion: Margaret Thatcher wore this elegant peach-coloured skirt-and-jacket ensemble for an interview for a documentary series about why women used cosmetics. Ladylike but bold, it was the perfect fashion statement for a professional woman in the 1970’s.

Worn in: 1975
The Occasion: Margaret Thatcher was photographed wearing the tailored pale green suit on the day she was officially confirmed as the Conservative Party’s new leader.

Worn in: 1975
The Occasion: This canary-yellow dress with navy-blue trim made a striking statement when Margaret Thatcher donned it for her very first conference as party leader.

Margaret Thatcher is of course most widely remembered for her strong political legacy, but it seems she has left a lasting impression on the world of fashion as well. It seems modern-day fashion has got as crazy as it could possibly get; will top designers looking for something fresh decide to break the mould and revive a more classical, conservative look? If so, this Margaret Thatcher style collection will certainly serve as a source of inspiration.

Nicky Warner is an enthusiastic fashion and style blogger, who would love to see more womens blouses paired with elegant suits for modern-day power dressing.