At least one uncle in every family has an idea that he swears could make a million bucks. However, this uncle never follows through with his great, life-changing product. However, on Shark Tank, Barbara Corcoran alongside other judges put their money where their mouth is, while brave souls bare their ideas to the world. If you ever saw Felicity, the 90s show starring Keri Russell, you may remember the character of Sean Blomberg. He always had a new idea whether it was sleeves made out of socks, cereal embedded with milk or perfume that smelled like comfort food. While these ideas may seem outlandish, some of the Shark Tank pitches are not that far off from Sean’s ideas.

The Smell of Success

On the Shark Tank, Pat McCarthy invented a fragrance that he claimed smelled just like money. Real money is made up of cotton, silk and linen, so these ingredients were needed to create the fragrance. Oddly enough, while everyone loves money, there wasn’t a trademark on the money fragrance until McCarthy made His and Hers Liquid Money Fragrance. He wanted to make this fragrance a global brand, but the judges were not fans. 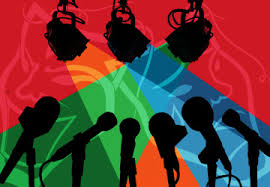 A vivacious blonde named April Morris presented Thin Gloss, a weight loss lip gloss to the panel of judges. While she was professional and charming, the product fell short. Her lip gloss wasn’t as popping as she hoped it would be. Her product was straight-forward, but somewhat not believable. According to April, in order to help shed pounds, the consumer would apply the lip gloss, which contains (hoodia). Similar to what Sensa does, Hoodia fools your body into thinking that you are full. Every time that you refresh your lips, you are one step closer to your goal weight. The pitch went south when April admitted to not having clinical studies to back up her product.

Other Ideas that Didn’t Make the Cut

The judges said “absolutely not” to various ideas throughout the seasons, such as: car sickness bib for children, energy-boosting waffles and hampers that sink as they get more clothes. The list doesn’t stop there. How do s’more based muffins sound? Would you purchase a Post-It Note arm for your laptop? If you were a musician, would you buy a guitar that you could fold into a backpack? While these ideas aren’t the worst in the world, they didn’t make the cut.

Having an imagination can only get you so far in life. While an idea is the beginning of the creative process, the rest of the process includes planning, revising and testing. Before putting a product on the marketplace, you have to understand why it is important and desperately needed by consumers. For example, people seem to love bacon, especially men. In fact, there are even different types of chocolate as well as pancakes that are made with bacon. However, would you want your alarm clock to wake you up to the smell of bacon? After all, what good is the smell if there is no bacon frying in your kitchen? It is obvious why that pitch was a flop.

Genelia is a retired inventor’s assistant. She enjoys watching shows like Shark Tank and sharing her insights on various websites, mainly entertainment blogs. Visit the www.cabletvadvisor.com link for more information.