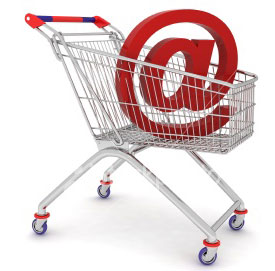 The future is something that is constantly being built on, day by day. An example of this is shopping trends based on major holidays. After all, in busy societies like ours people usually don’t have time to spend all day shopping for major holidays and events. As a result, many major shopping events occur on or around minor holidays that are close to major ones. Understanding these holidays and trends is key to getting the most out of your shopping experience in the future to come.

Boxing Day is a holiday in Canada and it’s often seen as the counterpart to Black Friday in the United States. Much of the ways Boxing Day works is very similar to how Black Friday works in the U.S., thouh it tends to be much less of a phenomenon worth being feared like the American version.

This holiday is the Friday after thanksgiving. It’s not to be confused with the other Black Friday which is the one before Easter. That Black Friday is more religious in nature and has to do with Jesus and Christianity. The Black Friday everyone in shopping circles talks about is the day after Thanksgiving, because this is a day that most people will have off of work. It’s the first shopping day before Christmas, and it’s usually one of the biggest shopping days of the year by a huge margin.

People will spend an enormous amount of money on Black Friday purchasing presents for their families and loved ones, and retailers have definitely noticed this. There are usually a huge amount of deals on Black Friday, these deals are so dramatic that many people will spend all night hanging out in front of stores so that they can be the first to get into the store and buy the televisions, DVD players and so on that are being sold for record-breaking prices. In some areas Black Friday has gotten so out of control that stores are opening up the night before, on thanks giving except at 11 PM to accommodate all of the traffic.

The problem with Black Friday is that you risk getting yourself seriously trampled if you try going by yourself. People get absolutely crazy about these deals and they don’t seem to care who gets hurt in the process. There is usually a smattering of serious injury reports from all over the nation on Black Friday every year as a result.

Cyber Monday, in many respects, is a reaction to Black Friday. After all, we have the Internet now, why should stores be limited to just who can squeeze in the door on Black Friday during all of the chaos? Cyber Monday brings Black Friday into cyberspace. There are deals just as strong as during Black Friday available on Cyber Monday, which is the Monday after thanksgiving, except that you can take advantage of them from your pajamas instead of risking your life in a local hardware store. Companies will ship everything directly to you instead. Really online shopping has never been a more sensible option than as an alternative to Black Friday. The future trend is increasingly towards shopping online, and there’s no reason you can’t be right on cutting edge of it.

As a result, Cyber Monday 2013 is looking to be one of the biggest shopping days yet in the history of the planet.  It’s a good idea to get planning for it as early as you can.

This is a guest post by Kate Simmons, a freelance writer and mall rat. Currently she’s writing on behalf Cyber Monday 2013.