The Lion King musical is an adaptation of the hugely successful 1994 Disney animated film of the same name and features the memorable songs from the film. Since the 1997 premier in Minneapolis the show has proved to be one of the most popular productions ever staged and has wowed audiences all over the world. 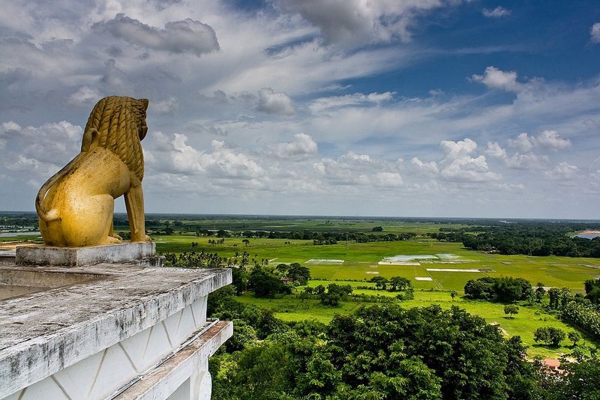 Following the instant success of the show in Minneapolis, featuring two scenes not in the film, it was moved to the Amsterdam Theatre in New York in the same year. The Musical is still running in the city after over 5000 performances, now at the Minskoff Theatre. In 1999 The Lion King opened in London’s West End at the Lyceum where it is still playing to sell out audiences and is one of the hardest tickets in town to get your hands on! Further productions followed across the world including Toronto, Los Angeles, Sydney, Johannesburg, Taipei and most recently Las Vegas. The show is also currently on tour in the UK.

The production includes the enchanting songs from the film composed by Sir Elton John with lyrics by Sir Tim Rice and a Hans Zimmer score. Musical highlights include “Circle of Life”, “Can You Feel the Love Tonight”, which gained Elton John and Tim Rice an Oscar, and the unbearably catchy “Hakuna Matata”. The duo also wrote three new songs for the show; “The Morning Report”, “Chow Down” and “The Madness of King Scar”.

The Lion King is the story of Simba, a young lion, who is exiled from the Pride Lands after his evil and scheming uncle Scar persuades him that he has killed his own father Mufasa, the King. Simba then goes on a journey of self-discovery aided by new friends Pumbaa and Timon whilst Scar, now King, drives the Pride Lands into famine through his incompetent leadership. The now enlightened Simba then returns to claim his position as King of the Beasts.

The Lion King is an amazing riot of colour, costume and music. The show is the brainchild of Director Julie Taymor who had the challenge of presenting the paradox of a story which is ostensibly about animals but is really a very human tale. She decided to emphasis this duality by staging the show with live actors in costume wearing giant masks which could be lifted to reveal the human face beneath. She also used puppets for the brilliantly comic Timon and Zazu and made subtle changes to the characterisations such as creating a female Rafiki rather than the male of the film.

Tymor has also used the entire auditorium for the show. Actors play and sing from the boxes, wave neon birds over the heads of the audience and the show begins with a wonderful parade of animals through the stalls and up onto the stage to “The Circle of Life”. The drama and colour is literally all around you.