Single sex education has been a popular choice for many parents for years, as they believed it provided an environment that could best prepare their children for university and beyond. However, for decades now educational establishments that were once single sex have expanded to become co-educational facilities. Has this development been based purely on financial concerns – a need to double the potential market – or is it a reflection of a changing society and grounded in sound educational principles?

No distractions?
The most common argument for the benefit of single sex schools goes something like this: without the distraction of the opposite sex pupils are inevitably going to learn more. This argument is flawed for plenty of reasons although two stand out like a sore thumb. Firstly, boys and girls can easily be distracted even in the absence of the opposite sex. Secondly, boarding schools are not prisons – pupils can and do leave school grounds, where they are able to mix freely with people of both sexes. 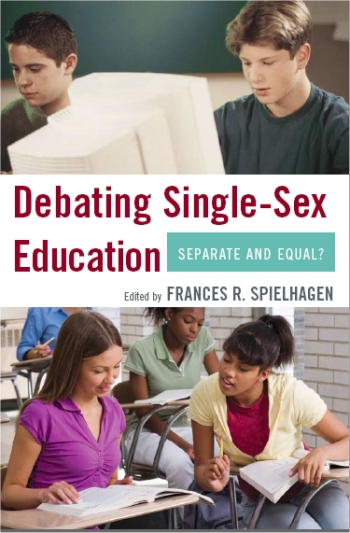 Gender equality
Now let us consider why co-ed boarding schools have the advantage over their single sex counterparts. Firstly, it promotes sexual equality. Even the most traditional and conservative minded people agree that the opportunities people are granted should be based on their skills, not on whether they are male or female. Single sex schools, whether intentionally or not, are at risk of reinforcing an attitude based on inequality. That’s not a healthy environment for boys or girls.

Thinking about university
Then there’s the question of what happens when it’s time to go to university. How will students respond to being in such a mixed educational environment for the first time in their lives? Anything that could cause disruptions at the beginning of your university career will surely want to be avoided. Some people may counter this by suggesting that a university education can also be single sex. This is true, but a single sex university education can lead to even more problems.

Firstly, students should be deciding which university to go to based on the courses available, the educational facilities at hand such as libraries, and the lecturers that will teach them – not whether they’ll be learning with just boys or girls. The fact that there are fewer and fewer single-sex university options naturally means that choice is more limited, and you’re much likelier to find a better course in a mixed-sex setting.

Secondly, delaying entry into a mixed-sex setting only delays the problems of having to cope in mixed sex environments in the future. Just imagine your child’s first interview for a job, and having to answer a question such as ‘could you cope working with men/women?’ It’s a question that could lead employers to unnecessary doubts.

The single sex world or the real world
There’s no denying that single-sex education can provide top exam results and entry in top universities. However, co-ed boarding schools are just as strong academically, and they’ll allow students to learn a thing or two about living in the real world – that’s something that’s very hard to teach, and that’s a benefit of co-ed boarding.

Written by Sam Luther, a copywriter and experienced blogger working with independent schools