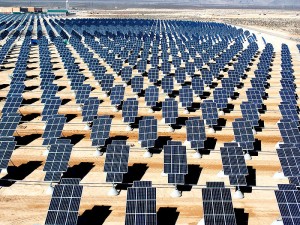 In Ghana, the power of the sun will soon be harnessed to create hundreds of jobs, increase Ghana’s electricity capacity and cut fossil fuel emissions. The company behind this plan is Blue Energy, a renewable energy developer that plans to build a 155MW solar plant by 2015. This project is in line with Ghana’s target to increase renewable energy capacity to 10 percent by 2020. Once this solar plant is completed, Ghana will be a shining leader in energy efficiency in Africa and around the globe. This article will take a look at the implications of renewable energy for developing countries and explore the reasons why these growing regions choose to invest in renewables.

In countries like the USA or UK, energy efficiency is a big issue for consumers and businesses, but it is also a worldwide concern. There are over 1.6 billion people living without electricity in the world today, and increased renewable energy production can help ease this crisis. In many ways, the application of renewal energy to the developing world is a natural branch of a development strategy that dictates that change should come from within. Most developing counties have abundant untapped renewable energy potential in the form of wind power, solar energy and biomass.

Because villages in developing communities are often widely dispersed, there are logistical barriers for implementing systems that are common in more developed countries, such as an integrated electricity grid system. This dispersed community setup is ideal, however, for off-grid systems such as solar panels, wind turbines and hydropower. By localizing energy production, local communities are more likely to take ownership over their energy development. In addition, renewable energy reduces developing countries’ dependence on the oil, gas and mining industry, an industry that can often benefit shareholders more than local residents. By developing renewable energy, communities are able to bypass the impacts of a sudden increase in fossil fuel use, which can lead to pollution in areas without safety regulations and strict environmental standards.

Ghana is not the only African country focusing on renewables for the purpose of development. In Kenya, the government adopted a feed-in tariff policy, and more than 30,000 solar panels are now sold in Kenya annually. Feed-in tariffs are essential to renewable energy development because they guarantee grid access, ensure long-term contracts and mark prices against the cost of generating electricity.

Other developing countries, such as Brazil, have refocused on renewable energy after unstable oil prices in the 1970s. Brazil’s focus on energy independence began with increased sugarcane ethanol production. They have since diversified their energy portfolio with wind energy and hydroelectricity. Brazil’s large oil and gas sectors lend a different light to the benefits of renewable energy. While Brazil still cultivates a fossil fuel industry, the impetus for developing renewable energy was to increase the reliability of energy prices and ensure that energy independence will buffer any future crises such as the oil shock of the 1970s. This lends credence to the argument for renewable energy’s stability and reliability.