Posted in Technology
Author: Leo Josh  Published Date: September 20, 2013  Leave a Comment on Some Interesting Facts About “Cut the Cord” With VoIP

Cord-cutters. In the television world, it’s a word that refers to a person that has severed their years-old ties with the Cable Company and chosen instead to get by on quality web-based alternatives such as Netflix and Hulu. 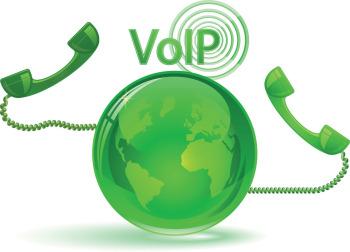 It’s a term that’s just as easily applied to phone service subscribers. New technologies are changing the status quo in big ways in just about every industry. For a long, long time households that wanted a phone line had one choice. That’s not necessarily the case any longer, but even those who have a choice between providers find that they’re simply making a lateral move. For real innovation, they have to start looking elsewhere.

Internet telephone is looking to make its move into the home and the office; in many ways, it has positioned itself as the heir apparent to “traditional” phone service, and will be a welcome change for many customers who are still waiting for the Phone Company to change with the times.

Internet phone, also known as VoIP (voice over Internet protocol), is exactly what it sounds like: it lets customers use their existing high-speed Internet connection as a phone line. Just as former cable subscribers have been doing, phone customers can now use their Internet service in new and exciting ways.

As of 2012, about 81% of Americans were using the Internet. Of those, a massive 70% had a high-speed Internet connection. It’s a technology that most people already subscribe to; why not put it to work in exciting new ways? By “cutting the cord” with the Phone Company and using your Internet connection as a phone line, you can net yourself some pretty spectacular savings on a monthly basis.

So what else is there? If potentially sizable savings every month isn’t enough motivation for you, what else does VoIP offer?

To answer that question, let’s focus on VoIP’s many applications in the workplace. You’ll find that they’ll spill over into home phone needs pretty well.

Most of the advantages of VoIP stem from the fact that it’s a cloud-based technology. With a cloud phone system, each of your devices are connected with one another, letting you share the same phone number, take advantage of call forwarding features, and access your voicemail from just about anywhere.

In other words, calls placed to VoIP-enabled phones in your home or office can be forwarded to your smartphone or tablet once you leave the office. This way, you’re never out of touch with your customers or employees. Your office telephone system becomes part of a larger, highly mobile network, giving your business flexibility and mobility.

A little closer to home, the cord-cutting household will enjoy free calls placed over wi-fi, including not just voice calls, but video calls as well.

We’ll all have our head in the clouds soon enough. To what extent we’ll take advantage of these new possibilities is up to each of us. For right now, though, it pays for each of us to be as familiar as we can be with new technologies as they emerge. Whether you’re the president of a bold new web startup and you’re looking for an elegant communication solution, or you’re the head of a household and you’re looking to cut down on expenses, VoIP is definitely worth a look.

About the Author: Leo Josh is a blogger . He is fascinated to learn new things. In his free time he writes articles focusing on all niches.Follow him on Google+.