Posted in Home Improvement
Author: Brooke  Published Date: October 13, 2020  Leave a Comment on Stop That Racket! 5 Noises Your AC Might Be Making to Tell You It Needs Repair

Air conditioners often make some interesting noises. While some of them are normal, you may hear noises that aren’t typically made by your air conditioning unit. Here are five noises your AC might be making to tell you it needs a repair. 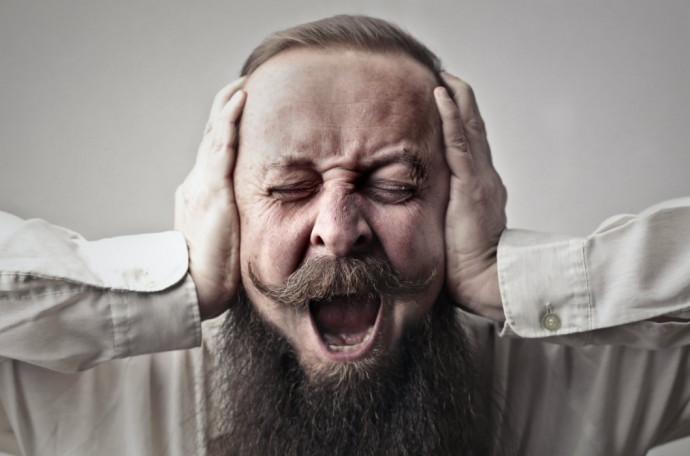 Some air conditioners may squeal when they first turn on. However, this squealing shouldn’t be loud, and it should go away quickly. Continual squealing can be caused by a number of components that need to be repaired.

For example, the fan belt might be wearing out due to fluctuating humidity and temperature levels. In the event that your AC does not have a fan belt, as many newer unit designs have gotten rid of that feature, the squealing may actually be caused by worn fan bearings. Both these issues should be addressed quickly.

If your AC is making a rattling sound, then it could indicate that one of its components is loose. This happens slowly over time because of the normal vibrations of the AC and other forces. If ignored, the noise will just get worse.

This rattling noise could be caused by something as simple as debris in the fan that just needs to be removed or something elaborate like a compressor that’s about to stop working.

You may hear a click when your AC turns on or off, but it shouldn’t constantly be clicking. If it is, this generally means that you are in need of an air conditioning repair. The thermostat may be going bad, or your AC might be in need of a more elaborate electrical repair.

An intense banging noise may be caused by a very serious air conditioning issue such as a failing compressor motor or rod. If you do hear some sort of banging, it’s best to turn your air conditioner off right away and call a repairman in order to keep the issue from getting worse.

There are quite a few reasons as to why your air conditioner may be emitting a buzzing sound. Some of these issues are more dire than others. Less serious issues include dirty air filters or debris in the unit. You may be able to fix these yourself. More serious issues would be loose components or a refrigerant leak. You’ll need to call a repairman for these issues.

There are all sorts of reasons why your air conditioner might be making noise. While some of them are fairly minor, many of them can be very serious. If your AC has started making any of the noises mentioned above, it may be telling you that it’s time for a repair.