“There is a trend toward developing more IT professionals who are not as deep into the bits and bytes of things as they are into whether the end user is going to appreciate the product that they build. I think that’s a good trend.” 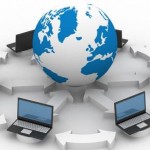 Those may be shocking words to hear from a company that specializes in payroll processing software, systems and support, but Paycor is just one of many companies with a strong Web base that employs a substantial IT department, and this sentiment is representative of an ongoing shift slowly taking root in IT: design with the user in mind.

There’s a growing trend in the information technology field, and it simply isn’t training future generations of IT workers to know the latest HTML, software packages and the ins and outs of every little bit and byte. No, while these skills are still vitally important and stressed in IT curriculum, there’s something else that IT professionals – you know, the folks who are designing the computer software we work on, the apps we play on and the and the video games we obsess over – are being taught. And that is the importance of the end user.

Think of why a particular product might fail. It might be clunky. It might be slow. It might be ridden with bugs and errors. Or it may just be so darn ugly and hard to use that the end user just gets frustrated, throws it out and selects an alternative product. It’s true. A product can be as good at doing what it needs to do to be a viable solution for someone, but if its hard to use and appealing, then there will come a time when the user finds an alternative.

The Internet has never been about the slow consumption of information (28.8k modems notwithstanding) and new web design emphasizes speed and ease of use. If you can’t grab a consumer in one second, it’s already too late.

Groupon is an example of a company that puts a lot of its stock into easy of use and user-friendliness. There may be intense calculations and database mining necessary to run Groupon, but all the user sees on the website is their location and what the deal is. It’s as simple as that. Spotify is a company whose product plan was, “make it like iTunes for the entire world.” There is almost nothing to Spotify as a service: search for a song, stream it, done. There are social layers that you can opt into, but a large part of Spotify’s success in Europe and its eventual North American debut.

Apple is probably the poster child for user-focused design. They pride themselves on the common words uttered by their fans: “it just WORKS.” And the proof is in the pudding. These days it seems like there’s a new cell phone model coming out every 10 minutes. Yet Apple’s iPhone is only in its fifth iteration in as many years. The company takes its time with product development so they can ensure that the end product will not be a failure. Part of that equation is making the use of the device seamless, as if you’re not using a machine but a part of your body, and that comes from design that masks the computing power and hard math going on in the background beneath a clean layer of excellent, easy-to-use design. If there are any doubts as to the popularity of this approach, count how many iOS devices you see in a day.

A big part of developing with the user in mind has to do with the product development process. First and foremost, identifying your target audience and coming up with a design that you feel would fit the needs of that specific market. For example, younger, post-college individuals use Groupon. So the site is made so that it would appeal to someone of that nature. Apple products have an emphasis on aesthetic design in making products that stand out from the rest of the crowd. The easy-to-use design pulls sneers from the curled lips of overclockers, enthusiasts and tech-types, but grandma and Uncle Wayne can’t get enough of the Angry Birds, and that’s where Apple’s $98 billion cash flow is coming from.