The Sunway Children’s home was founded in 2004 by Yrsa Solveig Grüning. Yrsa was 59 when set-up the home but it was the fulfilment of a lifetime’s ambition. Sunway has grown and evolved over the years and is now home to over 80 children who have lost one or both of their parents.

Sunway is situated in Bodh Gaya in the Bihar province of North Eastern India. Bodh Gaya is a place of great spiritual and religious significance, the Mahabodhi temple being one of the four main pilgrimage sites for Buddhists. This was the place where Gautama Buddha was believed to have achieved enlightenment. There is, therefore, a steady stream of visitors to the area which is helpful for the home. 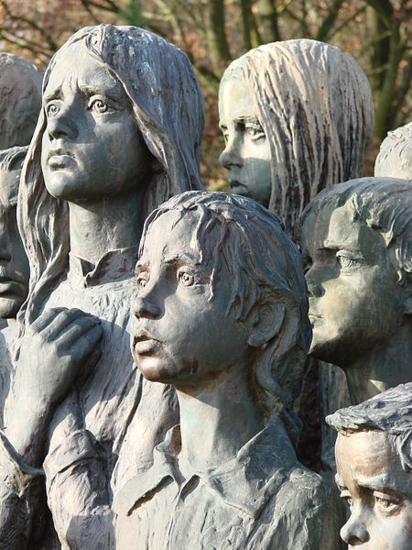 Grüning, who is Danish, has said that the choice of location for the home was unusually made by opening a map and blindly picking a spot ! However the choice was made the project has been a great success and now includes two houses and incorporates a day school which offers free education to local children who would otherwise be on the streets. Several children have succeeded in passing entrance exams to local boarding schools.

The young people cared for at the home are children of low caste or no caste who would have otherwise had very uncertain futures. They receive schooling, medical care, dental treatment and, of course, love and support from the volunteers who run the home. One of the Sunway houses is conveniently situated next to a medical clinic and the home helps offer medical care to the local community including advice on birth control. The rented house is centrally located and has outdoor space for the children to play. The home also offers other support to local villages including the building of wells in the area to help provide accessible, clean water.

Sunway has initiated some innovative projects to help the local people. This included a scheme where five woman were gifted a goat or a pig. When the animals produced litters the women were asked to give one of the babies to another woman and who were in turn asked in turn to do the same.

Over the years Sunway has been fortunate to receive support from several celebrity individuals and organisations. Danish singer songwriter Michael Falch is an ambassador for the home and has performed two charity gigs to raise funds for the home. Singer and composer Sebastian is also an ambassador. Mini A Ture is a well known Danish children’s wear brand who have been helping the home since 2004. Mini A Ture regularly donate clothes to Sunway both for the kids to wear and also for them to repair and sell to raise money. In 2007 the company started including a T shirt in their collections specifically to raise funds for the home, on one occasion this was designed by Mary McCartney. Sunway is also supported by the toy giant Lego of Denmark.

Sunway has been a labour of love for Yrsa Solveig Grüning. After years of hard work together with the support of businesses and individuals and the amazing efforts of all the volunteers, the home has proved to be an enormous success and is now internationally known.

Little World Online offer a great range of Mini A Ture clothes for babies and children.