In 2011, a branch of the Centers for Disease Control and Prevention known as the National Antimicrobial Resistance Monitoring System conducted a study to gauge the amount of antibiotic resistant bacteria in common grocery store meats like pork chops and ground beef. The results were significant, and suggested that although the presence of superbugs has been on the rise in hospital environments, some of these extremely strong bacterial strains could be no further away than your dinner plate.

A Closer Look at the Study

Data found high levels of bacteria on 81% of ground turkey samples, and more than half the ground beef that was tested. However, those statistics were released by an organization called the Environmental Working Group, and the study was underwritten by Applegate Farms, a company which specializes in antibiotic-free meats.

Also, much of the bacteria was found to be the Enterococcus faecalis and Enterococcus faecium, Specifically, those are evident when products have come in contact with fecal matter, but an article from the New York Times mentions that although those types of bacteria are largely responsible for many infections that persist in intensive care units at hospitals, they don’t play a large role in human health when related to an animal intended for human consumption. 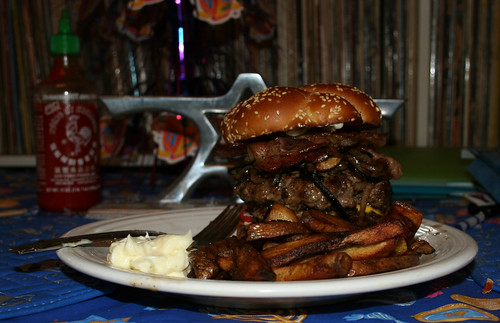 What’s Behind the Trend?

Regardless of your stance on how likely you are to come in contact with antibiotic- resistant meats when preparing dinner, scientists have noted in a clear increase in antibiotic resistance among farm animals. Many note that it’s likely because farmers are overusing antibiotics to keep farm animals from becoming ill while confined to pens with hundreds of other animals. Besides preventing sickness, antibiotics are also used to promote growth, which in turn, readies an animal for sale more quickly, and can boost profits.

An article from the Washington Times says that industrial farms are responsible for raising almost nine billion animals per year, and when numbers become that substantial, many farmers feel they have no choice but to rely upon antibiotics to keep production at viable levels. The United States Food and Drug Administration and the Animal Health Institute noted that almost 30 million pounds of antibiotics were administered to livestock animals in 2011 alone, and in many cases, regularly given to animals that were healthy.

The above statistics seem to indicate that antibiotic usage continues to climb, and the momentum may continue, especially since guidelines for farm use of antibiotics are currently voluntary. If you’re worried, look for meat with packaging that includes phrases like “organic,” or specifically says “antibiotic-free.”

As with most dietary choices, it’s smart to weigh the pros and cons of avoiding meat that’s been treated with antibiotics, especially since the antibiotic-free variety is usually more costly. Fortunately, Americans now have freedom to choose, now that the potential problem of antibiotic resistance in foods has moved out from under the radar.

Tracy Rentz is an avid blogger. If you want to help with public health issues such as suberbug bacteria, you might want to consider a master’s in public health such as the one offered at the University of Southern California.