Poisoning is a real concern of dog owners, and with the increased amount of chemicals used around the home, their concern is justified. While there are some nasty folk out there that will deliberately bait a dog, most cases of poisoning that are treated by veterinarians are completely accidental.

How can you tell if your dog has been poisoned? Here are some symptoms to look out for.

Vomiting and Diarrhea
This is often an early symptom of poisoning, as the stomach and intestine can be irritated by the material that has been swallowed. Even if the material isn’t an irritant, vomiting can occur. One example of this is chocolate poisoning in dogs. Vomiting is one of the first symptoms, followed by seizures and coma. 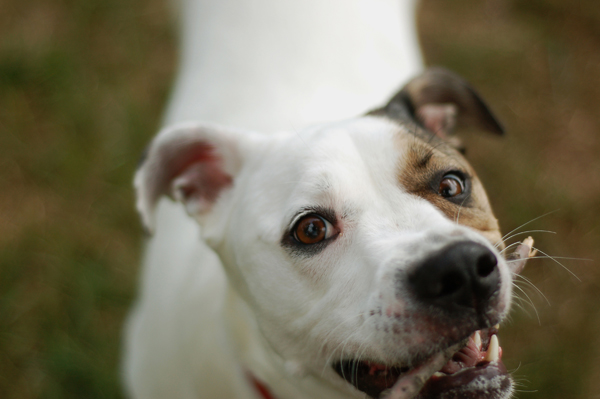 Lethargy
If your dog is sleeping more than usual, it is often an early indicator that he isn’t well. One poison that can result in this symptom is rodenticides. These products will prevent blood clotting and the result is anemia with white gums and extreme lethargy. Onions and garlic will create similar symptoms if your dog eats enough of them. These foods destroy oxygen carrying red blood cells.

With this type of poisoning, your dog doesn’t have enough blood in his circulation to provide oxygen and energy to his body, so he just lies around.

Seizures
Many poisons cause seizures and convulsions because of their effect on the central nervous system. Chocolate eaten in large amounts will do this, as will snail and slug baits. Overdose of some flea control products can also cause these symptoms. It’s extremely frightening to see your dog convulse.

Drinking Lots of Water
Kidney failure can result from some poisons, and one of the first symptoms is excessive thirst. Anti freeze is a common culprit in those areas where it is used; it drips from the car radiator onto the ground and because it tastes sweet, your dog readily licks it up. Another cause is grapes – some dogs become poisoned by eating too many grapes.

If you’re concerned that your dog has been poisoned, the first port of call is your veterinarian’s office, and quickly. There are four approaches to treating poisoning in dogs:

1. Stop any further absorption of poison. This can involve making your dog vomit, giving him activated charcoal to soak up any poison left in his stomach, or bathing him if the poison is being absorbed through his skin.

2. Speed up the excretion of poison. Intravenous fluids may be needed to flush out his system and support his body as he recovers.

3. Treat the symptoms. Sedatives and anesthetics are used to stop seizures, and other drugs can be given to maintain his heart rate at a normal level.

4. Use a specific antidote. Some poisons have a specific treatment that reverses their effects. Anti-freeze poisoning and rodenticides fall into this category, and the use of the right treatment can speed up your dog’s recovery.

It’s better for your dog and your budget if you can prevent your dog from being poisoned in the first place. Lock up any chemical products and be careful with what he eats. Prevention is definitely better than cure.

Apart from being a veterinarian, Susan Wright is a freelance writer. With the election year upon us, Susan thought readers would enjoy learning more about Presidential dogs