Posted in Home Improvement
Author: Lizzie W  Published Date: September 25, 2017  Leave a Comment on Tapping Into Better Water: How To Eliminate Hard Water From Your Home

The ironic thing about hard water is that it’s actually good to drink if it doesn’t have toxins or pathogens in it. Hard water is full of calcium and magnesium, and these two minerals are vital for health. However, hard water is a scourge when it comes to plumbing pipes and water-dependent appliances like washing machines, coffee makers, water heaters and dish washers. Hard water lays limescale inside them, which shortens their lives. 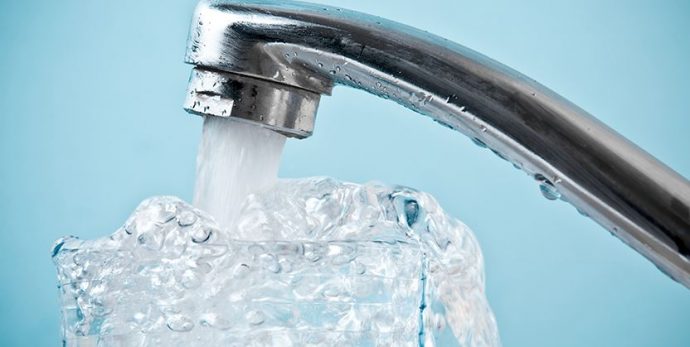 Spots on Glasses and Dingy Clothes

Water filled with minerals causes spots on glassware, leaves a film on shower stalls and causes clothes to be dingy when they come out of the washing machine. Part of this is because the calcium and magnesium don’t allow the detergent or soap to dissolve the way it should but turn it into something like cheese. This makes it tough to get anything completely clean. In severe cases, limescale can clog pipes to the point where they have to be replaced throughout the entire house at great expense.

Hard water is defined as water that has over 7.1 grains of mineral per gallon of water. Most households in the United States have hard water. The good news about hard water is that it can be softened by a company such as Anderson Water Systems. It can not only be softened, but other contaminants can be removed from it.

There are different types of water softeners, but they are installed between the fresh water pipe that brings water into the house and the pipes that take the water to either fixtures like the sinks, tubs, showers or toilets or the water heater. An ion exchange softener washes incoming hard water through a tank full of resin beads. There, the calcium and magnesium is exchanged for sodium and potassium. This softens the water. Some people also install a filter at the sink where they get their drinking water to remove the sodium if they’re on a low sodium diet.

A whole house water softening system is best installed by a professional who also refreshes the brine tank now and then. Another type of system that removes not only minerals but inorganic chemicals, pathogens and poisons such as arsenic, lead and inorganic mercury from the water is the reverse osmosis system. A reverse osmosis system uses membranes to block unwanted substances while allowing the cleansed water to flow into the fresh water lines. Whichever system is used, the result is fresh, soft, clean water that’s compatible with the plumbing and the home’s appliances.