Springfield, Illinois is one of a long list of cities that are banning teens from sunning themselves under commercial tanning beds. The ban stands even if teens have parental permission. The city council in Chicago approved a similar ordinance back in June to bar teens from tanning studios.

Cities are lining up to outlaw teen tanning following a blockbuster report released from the School of Medicine at the University of California – San Francisco. According to the report, researchers found that indoor tanning causes 170,000 incidents of non-melanoma skin cancers in the U.S. every year. The group being hit hardest are young people under the age of 25. They have the highest risk of contracting basal cell carcinoma versus those who never use tanning beds, the report said. 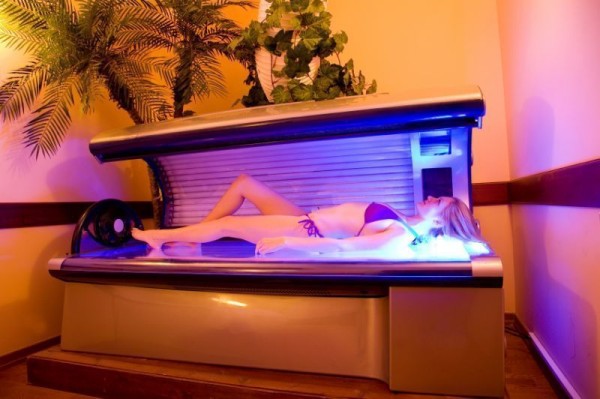 This study presents an opportunity to stop those cancers and focus on cancer prevention, said lead researcher Eleni Linos, MD, also an assistant dermatology professor at the university. She called the research striking because it proved that tanning beds contribute to hundreds of thousands of unnecessary cancer cases. The British Medical Journal published the study on Oct. 2.

The popularity of tanning took off in the 1970s. Millions now patronize these salons. In 2010, the National Cancer Institute reported that 5.6 million Americans visited these businesses in 2009. Most users are young, white women. Across America, close to 20,000 tanning salons are open to the public. The International Agency for Research on Cancer classifies tanning beds as a Class 1 carcinogen.

Earlier medical studies had suggested a connection between indoor tanning and non-melanoma skin cancer, said Mary-Margaret Cren, MD. She is a co-author of the report and a dermatologist professor at UCSF.

Europe and Australia are farther down the road in banning tanning bed use by children and teens than the United States. Brazil has already instituted a complete ban of tanning beds for everyone.

Springfield Alderman Sam Cahnman said he believes that the Illinois State Legislature may act soon and ban tanning beds across the state. Illinois already bans the use of tanning beds for children under the age of 14.

This past summer, New Jersey officials charged a woman with child endangerment for allowing her 5-year-old daughter to tan under a commercial bed.

Meanwhile, the Peel Region in Mississauga. Ontario, Canada, passed an ordinance outlawing the use of tanning beds by those under the age of 18. Tanning salon owners who violate the ban will be fined $10,000 on the first offense.

Peter Wendt is an avid writer on skin and beauty topics. He is disgusted by tanning salons, but has a particular fondness for injectable fillers, and recommends this Boca Raton dermatologist for Restylane, Juvederm and Botox.