Posted in Entertainment
Author: Editor  Published Date: November 1, 2012  Leave a Comment on The 2 Most Influential Female Rock Artists Of 2012

There are so many influential women in the music industry, but not all of them have taken on the rock scene. The music industry is competitive and everyone is fighting to reach the top of the charts. Rock music has forever evolved with the new sounds that has been introduced to the industry, especially with the women who have taken the spotlight. 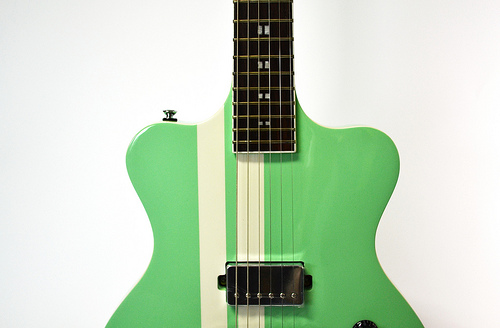 Lzzy Hale and Maria Brink have forever changed rock music with their talents. Both artists are very different from each other, but they are able to produce beautiful music. These two rocker chicks have taken a new role in the rock industry as the hottest and most talented women in the scene.

Maria Brink is the lead vocalist for the band, In This Moment. Brink has gained an overwhelming number of popularity with her new album Blood, which released in 2012. It topped the charts at number 15. Her previous albums also were ranking in the charts.

Maria Brink is not your ordinary female singer. She has a powerhouse of a voice. Her band is described as ‘metal-core,’ meaning she often screams within her music. She is capable of pulling off this hardcore talent, which many women can’t.

The blonde bombshell has separated herself from other female vocalists with not only her talent, but she has created her own distinct look. She sports dark and dramatic make-up, and often contrasts that with white outfits. Her performances are incredibly animated, and she will not disappoint any concert-goers.

Lzzy Hale is the front woman for the band, Halestorm. The band has released a few popular albums including their most recent album, The Strange Case Of… She is another female vocalist with very powerful vocal chords. She can hit all of the notes she needs to, and she is very loud.

Her family is very involved within the band, as her parents drive the band bus, and even her brother is in the band. As a family oriented band, Lzzy is incredibly respectful to her fans also. She is very active on social media, and is often re-tweeting fans.

Lzzy actively plays guitar for the band, and even has a Gibson signature guitar in her name. The brunette rocker even had one of her songs featured on the television show, Glee. The success of the band has continued to grow, and they have developed fans from both pop and rock genres, as a result.

Andrea Johnson is a music blogger and is consistently updating her playlists with new music. She finds most of her tunes by searching for free music downloads.