Thousands of Americans move to California, Los Angeles in particular every year in order to pursue the “California Dream”. Southern California is known for its proximity to scenic beaches and amazing weather. One of the most pressing concerns of anyone moving to this area is always “Where Should I Live” and sometimes “What Areas Can I Afford Without Worrying About Getting Shot At?”  The truth is that if you know where to look, you will be able to find affordable housing in this expensive city. You may have to sacrifice on a few things such as space or even live with roommates but it is possible. Here are the top three areas to live in L.A according to safety and fun factor. 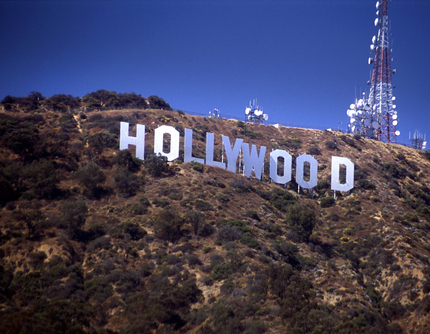 West Hollywood For The Young And Trendy
West Hollywood is at the center of Los Angeles nightlife; particularly on the Sunset Strip where you can find landmarks such as Chateau Marmont, The Standard Hotel and trendy eateries like Boa Steakhouse. If you are young or simply want to feel young, hip and trendy there is no better area to live than West Hollywood. Despite its “party” reputation, the residential streets such as Havenhurst, Laurel and Sweetzer are safe and very pleasant areas. However, keep in mind that you will hear helicopters and sirens frequently. Santa Monica Blvd runs parallel of Sunset and is filled with lots of restaurants and bars. Keep in mind that West Hollywood has some of the strictest parking enforcement in the city of L.A Night time street parking is by permit only and  you will need to purchase a “Guest Parking Permit” from the city  if you want your guest to be able park on your street at night time without getting towed. Due to the parking situation I highly recommend that you look for an apartment with an assigned parking spot. The city is under rent control which means that increases are minimal. Rentals are generally expensive but you may be able to luck out and find a deal on Craigslist. I’ve seen studios being rented out at around $1100 with utilities and an assigned parking spot included which an excellent deal for the area.

Studio City Is Perfect For Families
If you have a family then you may prefer to live somewhere a bit more suburban and Studio City fits the bill without being too suburban and boring. It’s still a very trendy area, especially among Ventura blvd where you’ll find lots of restaurants and bars. Studio city is located in the San Fernando Valley and borders Burbank and Sherman Oaks. Keep in mind that the drive from Studio City to Los Angeles proper can be quite a pain; you’ll either need to take the 101 Freeway or drive through one of the canyon roads. It’s usually best to live as close as possible to your work in this city due to the traffic.

Los Feliz For The Artsy
If you want to live in an area that is quaint, artsy and hipster then you may want to look into the Los Feliz area. The area has lots of art galleries, ethnic restaurants and small mom and pop stores. Parking can also be a problem in this area. I would recommend this area to anyone who wants to live in L.A but doesn’t like the “Hollywood” scene and prefers to stay out of the West Hollywood/Beverly Hills area.

Where To Look For Housing
Personally I recommend Craigslist. It’s free and it’s how I found my current apartment in West Hollywood. I also recommend that you use Google Maps Street View in order to scope out a neighborhood before taking the time out to visit in person. You can generally get a good feel of the neighborhood by just looking at in on Google Street Maps. I know many people also have used WestsideRentals with success.

Is Owning A Car A Must?
One of the most common questions asked by people who want to move to Los Angeles is whether owning a car is a must and my answer is a resounding yes. I have lived in L.A for almost a year and could not imagine living here without a car. Sure, L.A does have public transportation but it isn’t on par with public transportation in cities known for great public transit like New York. It is also time consuming to have to walk to the bus or metro station and you may have to transfer onto multiple buses in order to reach your final destination. It is so much more comfortable to travel in your own car. Dealers such as Honda Los Angeles offer a large selection of affordable and reliable cars for those on a budget.