“What’s in a name?” asked Juliet Capulet in the iconic balcony scene, while Romeo Montague waits in the garden below. You can simply say it’s everything for both individuals and businesses. In people, it can influence one’s character. In business, it can make or break the impression one will have among prospects. Everyone recognizes a person by his or her name. Everyone recognizes a person by its name. A name represents identity; and thus, the power of a name and its value should not be downplayed. 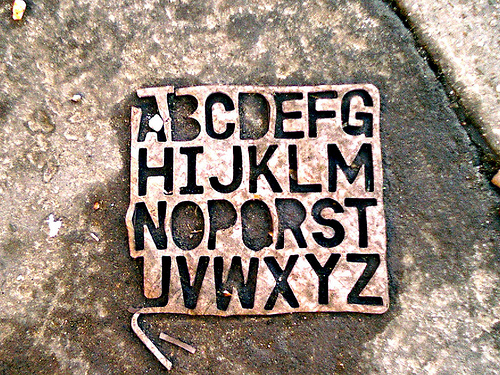 To truly appreciate how company or brand names play a big role in some of the largest tech and electronics companies around the world, the author listed down some of the most recognizable ones in true A to Z fashion.

Apple is the favorite fruit of founder Steve Jobs (perhaps also because he worked at an apple orchard). He was also quoted saying that he wanted to distance the company from the cold, unapproachable, and complicated business image of computer companies during those days.

Blaupunkt was founded in 1923 under the name Ideal, whose business revolved around the manufacturing of headphones. If the headphones passed the quality control tests, the personnel would give the headphones a blue dot (blaue punkte), so later on, this symbol of quality became the company’s trademark and trade name (1938).

Believe it or not, Cisco’s name was just derived from the city name of San Francisco, the area where the company was founded. The founders of the company insisted the use of lower case in naming the brand to differentiate it from the city.

The founders originally wanted to call the site “Diggnation,” but they eventually decided to settle on Digg because users are to “dig” stories out of the submissions to the site. It was spelled as “Digg” because the domain name “Dig.com” was already registered under the Walt Disney Internet Group.

The brand name Evernote is a combination of the words “forever” and “note” – words that describe the core service that the application is grounded upon.

The name Facebook came from the colloquial term used to describe the publications some Harvard colleges pass out to freshmen at the beginning of the year to help students get to know each other.

Chief exec Andrew Mason derived the term Groupon from the shortened form of group coupon. This was declared in his five-word acceptance speech at the 2011 Webby Awards where he said, “It’s short for group coupon.”

Sabeer Bhatia thought of names ending in “mail,” but finally settled for Hotmail upon realizing that it included the letters H, T, M, and L or HTML, the markup language used to write web pages.

The founders initially wanted to name it “Integrated Electronics,” but since the name was already taken, they just used the initial syllables of these two to incorporate the company.

This audio electronics company that started in 1946 was named after the initials of its founder James Bullough Lansing.

Founder George Eastman liked the letter K, so he and his mother tried out various combinations of words starting and ending with K. He registered the made-up term as a trademark in 1888.

Mitch Kapor, designer of Lotus 1-2-3, named his company after the Padmasana or the Lotus Position, a cross-legged sitting position done during meditation.

Bill Gates created the portmanteau in his quest to represent a company whose core services include microcomputer software.

The name of this company that created a once-famous web browser was created out of the combination of the words network and landscape.

The founding fathers of this computer technology corporation took inspiration from the scrapped CIA project they used to work on (codenamed Oracle) in naming the company.

The name reportedly originated from the word pixel and the initial letters of the co-founder, Alvy Ray Smith. Alternatively, Pixar may also mean “to pix” in Spanish; or it may also be a reference to “pixarr,” a common abbreviation for the term pixel array, which is oft-used in computer graphics programming.

This semiconductor company that designs and manufactures processors for today’s mobile devices draws its name from “quality communications.”

The original concept for the name of this consumer-level phone service is Sky-Peer-to-Peer, which evolved to Skyper, and then eventually, Skype.

Like many Japanese electronics companies that eventually merged, Toshiba is a combination of the first few letters of Tokyo Denki (Tokyo Electric Co.) and Shibaura Seisaku-sho (Shibaura Engineering Works).

The name of this widely-used Linux distro originated from the Zulu word “ubuntu” which means, “humanity to others.”

This mobile carrier got its name from the portmanteau of veritas (truth in Latin) and horizon.

A friend of founder Matt Mullenweg named Christine Selleck Tremoulet suggested the name WordPress because it resonated more compared to its predecessor’s name, b2.

The name Xerox was derived from the term xerography, which came from the Greek xeros (meaning dry) and graphos (meaning writing).

Yahoo!’s name was inspired by the term that appeared on Gulliver’s Travels used to describe a person who is repulsive in appearance. Founders David Filo and Jerry Yang jokingly considers themselves yahoos.

The company was named after its founder’s American bulldog named Zinga.