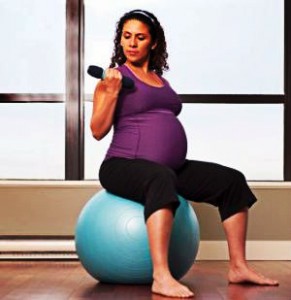 Acupuncture is an ancient China technique where needles are used in stimulating one’s nervous system as well as to restore energy. During pregnancy, acupuncture aids in dealing with distress causing pregnancy symptoms. There are several benefits of acupuncture during pregnancy. Practitioners believe that illness and pain are the major results of an imbalance of qi or chi energy.

During the first trimester of pregnancy, complaints of morning-sickness, headaches and fatigue are very common. The expectant mother has to deal with mood swings and emotional changes if the physical symptoms are not enough. Acupuncture has benefits for early discomforts in pregnancy. The procedure works in increasing the feeling of the well-being of the mother while relieving her physical discomforts.

The benefits of acupuncture extend and are felt during the second trimester of pregnancy. As the baby grows, the expectant mother as a result, experiences physical discomforts. Acupuncture aids in relieving the pains and aches that are common during the baby’s growth period. The general feeling of well-being is very beneficial to not only the mother, but the baby as well in all the stages of pregnancy.

The third trimester of the pregnancy is a notorious stage for discomfort. There are complaints of back pains, heartburn, swelling, and issues on digestive system that make the last months of pregnancy pretty much uncomfortable for some women. Acupuncture is very effective as a natural-remedy for most of the discomforts during the third trimester. It is beneficial particularly for lower back-pains, which is very common towards the end of the pregnancy.
Most practitioners of acupuncture and mid-wives believe acupuncture can aid significantly turn a breech-baby. For years now, Chinese women have practiced this method to effectiveness in order to achieve natural and healthy births. It is advisable to ask about acupuncture if the baby has not turned to C-section. This may not work, but there is little harm on the baby in trying.

Postpartum; acupuncture helps women recover and get relief from the birth process as well as boosts energy levels. It helps women cope with problems of lactation, and postpartum-depression. Acupuncture has also been used in stimulating fertility and cervical leakage during the pregnancy period. Specialists advise that pregnant women should choose a licensed, experienced and legitimate acupuncturist to avail the treatment. There is a major labor risk that can occur during pregnancy if acupuncture isn’t properly applied.