Posted in Home Improvement
Author: Editor  Published Date: October 1, 2012  Leave a Comment on The Best Of Grand Designs On Youtube

Grand Designs is a long-running British TV series which showcases the most interesting, unusual, and elaborate architectural designs in the country.  The home designs featured on the show range from eco-friendly underground homes, straw houses, and woodsman’s huts to mill conversions and converted missile silos.

The show has been on the air for more than a decade, and many of the episodes are now available to watch on YouTube.  Here’s our pick of the best free-to-watch episodes: 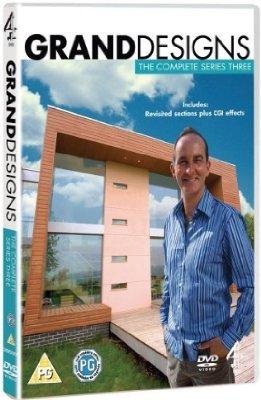 This episode shows a couple’s efforts to build an underground house in the Cumbrian countryside.  The couple picked a spot that was formerly used as a quarry, and decided to build their home there to minimise the damage to the environment.  The build was difficult because neither the architect nor the project manager had built an underground home before.  When they were digging out the site, the builders found several naturally occurring holes, known as voids, underground.  These needed to be filled and made safe before building work could continue.  Making the house nice to live in was challenging too.  You need more than just Velux roof windows to make an underground home feel airy and spacious.

A House of Straw

This episode showed the efforts of a young couple trying to build a house in the south of France.  The couple decided to build a house out of straw bales, however they had no experience with home building at all, let alone building a house out of straw.  In addition to their lack of experience, they also had to figure out a way around the language barrier, and try to fit-in to a small, tight-knit French country community.  France is a great place to live, but it takes a long time to become accepted as one of the locals.

In this episode, the O’Hare family build a split-level home on a steep hillside in the Belfast countryside.  Thomas O’Hare is a professional architect, and he believes that he is up to the challenge of building a home on such a steep hillside, however he failed to anticipate how many problems the building site would present.  Even getting supplies to the building site proved difficult.  If you can’t get your roofing supplies to the plot, it’s going to be hard to make progress.

Not all of the houses featured on Grand Designs are country homes.  This episode showcases a futuristic glass and steel house in Doncaster.  The house belongs to Michael Hird and Lindsay Harwood, and the architect responsible for the project is Lindsay’s brother, and he’s never built a house before.  Is working with family a good idea?  In this case, there are a fair few arguments along the way. The house, which is built on a plot of land that used to belong to the council, is made of glass and steel, and is designed to be bright, light and airy, with a large basement and underground parking area.