Posted in Food
Author: Mack A  Published Date: January 31, 2018  Leave a Comment on The Bread Thread – Know Its Story and Benefits

Bread is a staple diet in various countries all around the world. It’s magical what a little bit of water, oil, flour and yeast can create. With a crusty exterior and a fluffy, soft interior, bread has been a delicacy even the poorest can afford. When it comes to India, bread has its own special place on its food chart. While the world was busy revering sliced bread and French baguettes, India was busy branching out. This branching out has led to creating mouth-watering bread recipes which have not only become a necessary accompaniment to vegetable dishes and gravies, but also delectable street food. In Mumbai, bread is famously known as ‘pav’ by the locals, and there are many pav recipes available in a comprehensible format, such as  pav-bhaji recipes in Marathi or vada-pav and missal pav recipes in Marathi. 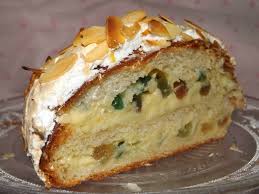 The story of pav:

If consumed correctly, bread can quickly contribute to a healthy, fulfilling diet, rich in the nutrients required to make the body function.