Posted in Family
Author: Editor  Published Date: October 26, 2012  Leave a Comment on The Colorado Shooting And The Issue Of Gun Violence

Gun control, and the extent to which it should be enforced, is a long-debated topic in all levels of government. And when we are presented with situations such as the Aurora shooting that occurred in a movie theater this past July, the urgency of this debate is increased manifold. Hence, Stephen Barton, a 22 year-old who was one of the 58 injured victims the night of the attack, is trying his hand at calling attention to the issue of gun violence once more.

Barton has decided to use the presidential debates as the vehicle for getting his point across. He appeared on nationwide television to encourage his fellow American citizens to take gun control policies into consideration when choosing our future president. In his advertisement, he stated, “I was lucky. In the next four years, 48,000 Americans won’t be so lucky, because they’ll be murdered with guns in the next president’s term, enough to fill over 200 theaters.” Barton and 57 others left the scene with an injury, but twelve lives were taken that night. 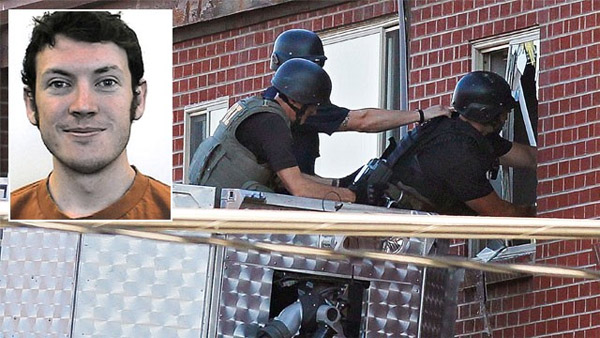 The families of eight of the deceased Colorado Batman shooting victims, alongside the Brady Campaign to Prevent Gun Violence, also submitted a request letter to the moderator of one of the presidential debates asking for the candidates to address the issue of gun violence. The acknowledged debate took place at University of Denver, which is in the state home to both the Aurora Shooting and Columbine.

President Obama has expressed his support for renewing the ban on assault-type weapons; he argues that the opposition for this ban is on Congress’s part. However, he has put laws in place that state citizens can carry concealed weapons in national parks. Romney, on the other hand, would like to crack down on the current gun laws and ensure that they are more thoroughly enforced. He insists it’s up to the citizens to identify a potential misuser of weaponry.

What with the recent mass shooting, the location of the debate, and the overall social attitude at the moment, the debate could not have come at a more opportune time for gun control activists. They have been prepped with a prime example of how being too lax could go terribly wrong, and it has definitely put the situation in perspective for the citizens as well as the candidates. Barton and others who were affected by the Colorado shooting can only hope that the election and their efforts will open some eyes.