There’s no getting away from the fact that trains prices are rising across the board, especially in areas which are difficult if not impossible to cut back on in terms of expenditure; such as transport costs. This is particularly true when it comes to those in the community who have specialised needs with regards to public transport.
The fact that train fares are due another major rise has come as unwelcomed, but unsurprising, news. The Retail Prices Index which is used to measure inflation is also the basis on which the rate of train fares is calculated. A ‘snapshot’ of the RPI is taken in July and this year the figure stood at 3.2%. Train operators can then add an amount on top of inflation to decide on the new fare structure. 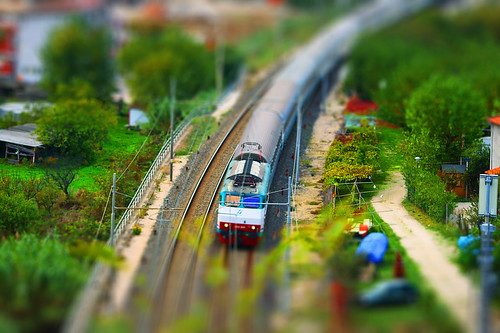 Northern Irish fares are not linked to the RPI and following a 3% rise last April there are no further increases currently scheduled.
If you receive state pension or disability concessions, you may be eligible for financial assistance on public transport including the rail network. For instance, a ‘Senior Railcard’ costs £28 a year but saves a third on most rail fares across the whole of Great Britain.

Whenever the news of train fare increases is announced it always comes with the caveat that the money raised helps to fund investment in the railway network. For many the question of ease of access to train stations and the carriages themselves are a major cause of concern.

The present British railway network grew out of many different independent rail lines and with the relatively recent denationalisation is now once again a conglomeration of different companies holding the franchises for various routes. This means that rolling stock is made up of different models of various vintages.

Also many station platforms have difficulty with the length of trains growing longer due to the addition of more carriages to increase capacity. This means that gaps between the train and the edge of the platform can be difficult for even the most able bodied to negotiate.

Many stations are now equipped with a stairlift providing the means for wheelchair users to go up and down stairs. Although still requiring assistance from staff, these additions mean that platforms are accessible when there is no lift already installed and are a reasonable compromise whilst promised full access improvements are underway.

For those with restricted mobility, the use of stairlifts could already be familiar with a number of homes having these fitted to assist elderly or infirm individuals reaching difficult parts of their home. This implementation with train stations and other public transport areas could ensure that all citizens are given equal access to the services they require, improving mobility both within and outside the home.

I’m a commuter and from time to time I get through very patetic scenes of people with restricted mobility that have a lot of difficulties reaching the train platform. As UK train fares are increasing on a daily basis, I’m biased no upgrade plan have been already released. What are companies waiting for? Lurking again on money?