Posted in Entertainment
Author: Editor  Published Date: October 9, 2012  Leave a Comment on The Courtroom According To TV Drama

Anybody who has ever done jury duty knows that courtroom depositions are nowhere near as Perry Mason-like as we would all love it to be, but that doesn’t change the fact that we would love them to be exactly how they are portrayed on our screens. Courtroom dramas are huge business, particularly in the US, and TV and film have milked the genre for years. As long as crime and the courts exist, the audience will be out there for talented writers and directors to use as the core of some gripping drama. 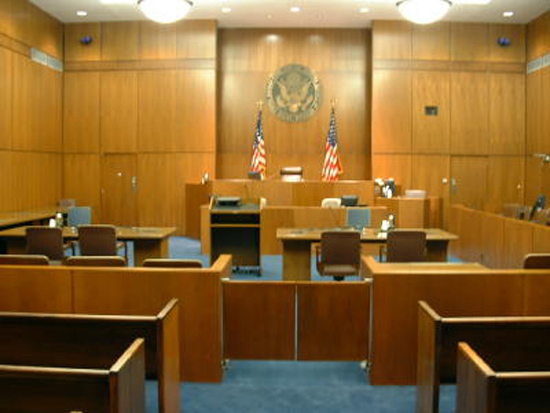 Guilty or Not Guilty?
The key to a great courtroom drama is the final verdict: Guilty or not guilty? Great TV dramas know how to milk the verdict for all its worth, leaving the audience on the edge of their seat as they await the jury’s verdict. A great drama will have left the audience clues and red herrings along the way, leaving the audience on a merry dance, questioning themselves as they try to figure out if somebody has done the crime or not.

The audience is usually set on somebody’s guilt from the outset, and then changes their minds as we go along. In real life, however, it isn’t over within an hour. It can take weeks, months or even years for a court case to come to a conclusion. That would be one long-running drama!

Examples of Great Courtroom Dramas
Courtroom TV dramas usually consist of the tried-and-tested formula of a case per episode. The episode would usually begin with the crime taking place, then the police and the lawyers would get involved, leading to the inevitable nail-biting climax in court. It has worked perfectly for decades, and shows no sign of slowing down.

L.A. Law was so respected in its run from 1986-94 that the LA Bar Association Journal voted it as the top legal drama. Law and Order is the longest-running TV drama of all time, having begun in 1990. Only fellow courtroom drama Perry Mason comes close, having run from 1957-66. He made several TV movie returns however, and is still seen as the #1 TV courtroom drama of all time. The show was an event in America, as the title character (played by Raymond Burr) managed to win cases that the audience would be convinced were unwinnable.

That is what captures the audiences’ imagination with courtroom dramas. People love to be fooled, and the sleight of hand that filmmakers and writers can perform with the law is perfect for drama. It will go on and on, for as long as we have the real courts and real life crimes.

Daley is a keen fan of courtroom dramas, and of the law outside of the TV world. He works with http://www.thaliwalbridge.co.uk/ to ensure people can get the best law advice.