Posted in Business
Author: Editor  Published Date: October 3, 2012  Leave a Comment on The Current State Of The Australian Mining Industry 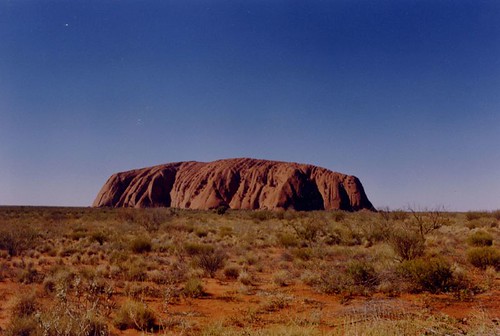 Australian mining means a lot to Australia. It supports much of the economy of the great country, and it consistently provides thousands of jobs. Massive expenditure in exploration and infrastructure continues to fuel both Australia’s mining boom and its contribution to overall national economic growth.

The current state of the Australian Mining Industry is in a state of flux, some say the industry is continuing its upward trajectory. There is plenty of good news with it being estimated that Australia’s mineral explorers will be looking at discovering $250 billion dollars of brand new mineral resources in the next eighteen years. The future appears to look bright and there is a considerable drive in place to get skilled workers employed.

Gender Inequality in the Mining Industry

Women in the Australian Mining Industry are underrepresented and the mining industry is making some significant changes in an attempt to make this career option more appealing. This new influx of female talent would help the Australian mining industry in its long term plans for growth and productivity. Getting more women involved would help to address already recognised declines in critical skills and prevent a damaging and incontrollable skills shortage.

With women making up less than 20% of the overall average mining workforce, this is a vibrant resource that can be appealed to with a little modification. Mining is demanding of course and very skilled, it’s not just about high levels of physical labour anymore. These perceptions are deliberately being changed in an effort to not only appeal to women but also to a much more diverse employment market sector. The Australian mining industry is starting to look at incentives to really attract workers and also retain them. Initiatives such as improved pay rates, parent friendly work schedules, family focused accommodation and services as well as inclusive and comfortable working environments.

Is the Australian Mining Boom Over?

Some say that the Australian mining industry is seeing more of a decline. There are challenges with the future and many are stating that the economic stability that Australia has seen due to its mining is now less stable due to the challenges from the industry and cheaper production in countries like China.

Australian PM JULIA Gillard was due to give a speech on the state of the Australian economy in New York on 25th Sept, she has to withdraw because of illness but the message due to be delivered by Foreign minister Bob Carr will still purport that the Australian economy is going to be less reliant on mining and that in the coming few years social assistance, education and training and healthcare will develop and offer three times as many jobs. Is this a sign that the government is preparing for a downturn?

Investment in Australian mining is down by 25% according to a report by Newport Consulting. This same report indicated that only 20% of the mining executives interviewed were now optimistic about the market, down a staggering 37% from the previous year. Contributing to this was the issues such as one in five mining projects being delayed due to union action. Add to that the introduction of taxes such as the Minerals Rent Resources Tax introduced 1st July this year, and the Carbon Tax and the falling commodity prices and it’s not entirely surprising some are looking at the mining future with an air of gloom.

Mining is an integral part of the Australian economy and its certainly not disappearing overnight. The future is exciting, full of potential and always eager to open its doors to workers seeking to enter this surprisingly challenging and diverse career path.

Thomas runs a growing directory of mining courses and training providers in Australia at http://www.miningcourses.com.au.