The Duel: Two 80s Supercars Go Head to Head
Some have argued that the 1980s and 90s represented a time when the last ‘true’ supercars would be built: with improved technology and more stringent safety requirements, today’s breed of supercars are certainly masterpieces of engineering, but for many, the heart and soul of such beasts are now tamed by computer-assisted controls; the extreme styling of old is now compromised to make way for robust roll-cages and airbags. 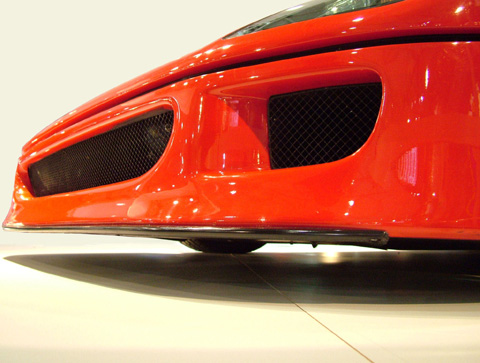 Let’s take a look at two of the last true ‘supercars’ to roll out back in the day which were engaged in a bitter war over who would be crowned as the ultimate 80s sports car.

Ferrari F40: An Italian Thoroughbred
This beauty from the house of the prancing horse was penned by automotive designer extraordinaire, Leonardo Fioravanti, the genius behind such classics as the 288GTO, Dino and Testarossa: arguably three of the most iconic and elegant Ferrari designs ever;

The F40 would go on to become the flagship model offered by the boys from Maranello at the close of the 1980s, however, it wasn’t always intended to be a road car;

Originally devised as a racing vehicle, the division which the precursor of the F40 was designed to race in ended up being dropped, leading to the vehicle being repurposed and optimised to be road-legal;

This car was built for performance: not comfort; as such, it featured no carpets, door handles or even a stereo , however, as many have said, the F40’s 2.9 litre twin-turbocharged engine was enough music for any driver’s ears;

The F40s body was made from exotic materials, such as carbon fibre, Kevlar and aluminium: to keep weight down, plastic windows were used, resulting in the car tipping the scales at a relatively puny 1100kg: combined with the immense 471 horses driving the engine, this car was capable of hitting a top speed of 201mph (modified versions have even been capable of reaching close to 230mph!) with 0-60mph performance in the region of just under 4 seconds.

Porsche 959: German engineering wizardry
Back in 1986, the boffins from Stuttgart tinkered with their already beastly flat-6 engine to devise a new power-plant which would turn out to be a lot smaller than their already legendary 911 engine, at a lithe 2.8 litres: by fitting twin sequential turbochargers and a mixture of air-cooled block and water-cooled cylinder heads, what finally rolled out was a smooth, compact rear-mounted unit, capable of spitting out 444hp to a newly devised four-wheel drive system.

Everything about the 959 was super-high tech for its day – a list of its features demonstrate just how far ahead of its time the car was:

Few of these cars were made – only 337 in fact; as an expensive car to buy (which sold for well over $200,000) the remarkable thing is that it actually cost around $500,000 dollars to make per unit: meaning that Porsche sold these awe-inspiring machines at a loss.

Still, despite the little financial sense it made for Porsche to offer such a car, this model helped the company in the long-run: much of the technology developed for the 959 made it into later editions of their popular 911 model and led to the development of several new models which would help to propel the company to new heights of success.

In terms of performance, despite pumping out 27hp less than the F40 and weighing over 350kg more than the Italian supercar, the 959 was an even match for its rival: a top speed of 197mph and a 3.7 second 0-60mph time meant that, in the war of numbers, at least, these two motoring legends were worthy opponents for each other;

And the winner is…
The Ferrari F40 and Porsche 959 were two very different beasts which were closely matched on the track: in terms of raw performance on paper, the Ferrari was the clear winner here, however, the Porsche’s advanced technology meant that it could handle like nothing else round the corners; ultimately, the choice of winner would be down to the driver’s preferences: bare, raw power or refined, smooth precision? This might be a job for ‘The Stig’…

Peter Baudin is an automotive blogger, who is often asked to ‘value my car’ by visitors to his website.