The Philadelphia Eagles may suit up in green, but that’s not the only way the franchise is demonstrating its green credentials. You may not be aware of it, but the Eagles have been running their Go Green program since 2003, and this has made them one of the most environmentally conscious teams in the NFL. 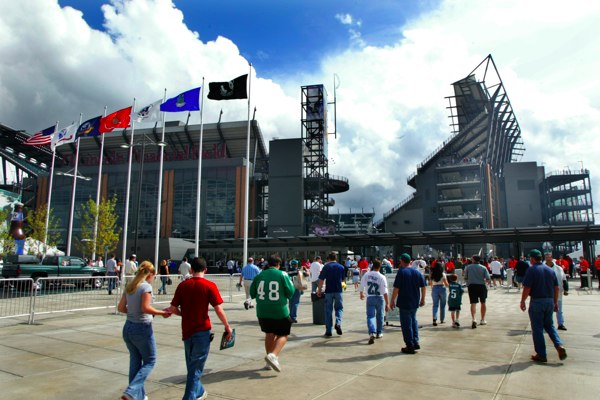 Major sports stadiums consume huge amounts of power, resulting in high levels of carbon emissions. However, Lincoln Financial Field – the Eagles’ home in South Philadelphia – has turned that on its head. Thanks to initiatives that the Eagles put in place, it is now the most environmentally friendly stadium in the NFL. Back in 2011, the team announced that they would be installing solar panels and wind turbines at the stadium. As of 2013, this has paid off, with 11,000 solar panels and 14 wind turbines providing 30% of the facility’s needs. Not only that, but the remaining 70% that the team purchases is generated from wind power, so that 100% of the stadium’s energy comes from renewable energy sources.

When this initiative was announced in 2011, team owner Jeffrey Lurie made it clear that it was only part of the Eagles’ commitment to sound environmental policies. According to Lurie, “The Philadelphia Eagles are proud to take this vital step towards energy independence from fossil fuels by powering Lincoln Financial Field with wind, solar and dual-fuel energy sources. This commitment builds upon our comprehensive environmental sustainability program, which includes energy and water conservation, waste reduction, recycling, composting, toxic chemical avoidance and reforestation. It underscores our strong belief that environmentally sensitive policies are consistent with sound business practices.”

The Eagles have made good on that commitment. This starts with the catering at the stadium. Heading out to an NFL game just wouldn’t be the same unless we picked up something to eat and drink at the concessions, but it is amazing how much waste this produces. For instance, Eagles fans used to get through no less than 1 million plastic cups each year at the stadium – weighing in at more than 40,000 pounds. Now, the Eagles have replaced these with cups made of corn – which are fully biodegradable.

The team is also composting all of the food waste produced at the stadium rather than sending it to landfills. When food is put into landfills, it generates large quantities of powerful greenhouse gases such as methane, contributing to global warming. The Eagles’ recycling and composting programs prevent 140 tons of this waste going to landfills each season. Since the program started, the Eagles estimate that they have saved no less than 6800 tons of greenhouse gas emissions. 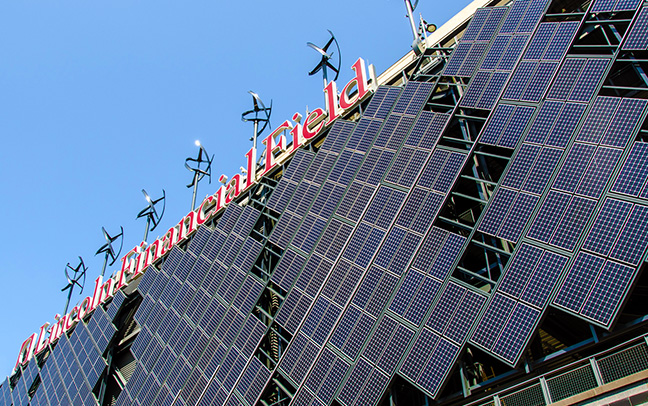 Cooking oil is another area where the Eagles are going green. Instead of just disposing of used oil, they are now converting it into environmentally friendly biodiesel. This can then be used to power equipment at the stadium, further reducing net greenhouse gas emissions and making an important difference to the green credentials of the team.