Posted in Sports
Author: Editor  Published Date: November 9, 2012  Leave a Comment on The Effects Of Brain Injuries In Sports And Why Teams Are Just Now Becoming Proactive About Head Injuries

Full contact sports are in many ways representative of the old Roman games of the Coliseum: a battlefield where peak physical conditions are matched with raw talent and wit in order to achieve victory and glory, but a glory nonetheless checkered with the dangers incumbent to the challenge. While we’ve replaced their tigers and lions with our own, a hit from NdamukongSuh, though lacking claws and teeth, can be just as dangerous.

Brain injuries have risen to the forefront of the danger dialogue in the world of professional sports, especially among the NFL and NHL as the rise of concussion injuries is becoming more prolific, more diagnosed, and more feared. Issues of long term health and player safety have struck a chord in the public, which is resounding not only in the echelon of professional sports, but for collegiate, high school and youth leagues as well. 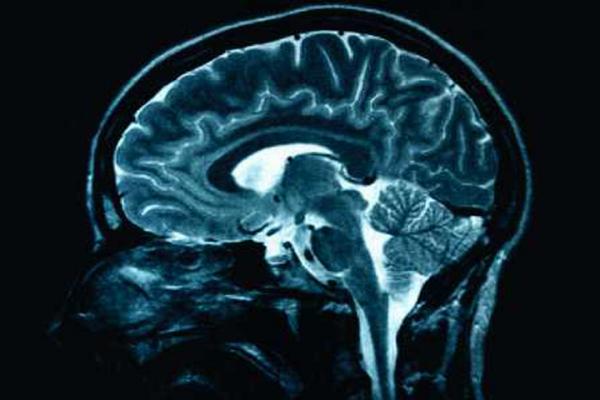 For many years, most peopledoctors includedbelieved concussions were the result of brain lesions or swelling. Now, with the advancement of MRI, f-MRI and other imaging technology, the medical community believes that a concussion is the result of the brain’s physiognomy responding to Newton’s laws of motion; that is, that concussion “generally occurs when the head either accelerates rapidly and then is stopped, or is spun rapidly” (topics.nytimes.com).The resulting displacement causes the brain’s wholesale firing of its neurotransmitters, which can lead to memory loss, blurred vision, blackouts, vomiting, confusion and the unconsciousness most often associated with concussions.

Force is measured as velocity times mass; with the amazing speed of these players, on the field or on ice, combined with weights upwards of 300 pounds, some of these hits measure a force of more than half a ton (wwwpopularmechanics.com). With that kind of force it’s very easy to find examples of the abrupt displacement of a player’s head: one minute Aaron Rodgers is desperately running the ball up the field, the next he’s hit by AmariSpievey and then sent in a completely different direction with a hit by Landon Johnson.Though he wasn’t knocked unconscious and was able to get up on his own, after a moment’s rest on the field, testing confirmed the presence of a concussion and Rodgers was out.

The NHL won’t officially release the numbers, but CBC Sports estimates the number of players to incur a concussion during the 2011-2012 season to be about 90 with almost 1700 man-games lost to the injury. The NFL is more forthcoming with their concussion reports, stating that 154 concussions had been reported by the eighth week of the 2010 NFL season, up 21 percent from 2009’s 127 reported concussions during the same period (nfl.com).

The steady rise in concussions could possibly be attributed to the fact that once a person suffers a concussion, he or she is more likely to suffer another and anotherthe recovery times taking longer with each successive injury. Penguins star Sidney Crosby was out for over 10 months after receiving his last concussion; both, Eric Lindros and Keith Primeau retired from the game at 34 as a result of their concussion complications.

Much talk of concussions lately has had to deal with the long term effects of the injury. The tragic suicides of former NFLers Junior Seau, Dave Duerson and Ray Easterling have led several doctors to correlate their deaths to the long-term effects of brain injuries. The Bears’ Duerson, who shot himself in the chest (as did Seau), did so with the hopes of having his brain studied. Chronic Traumatic Encephalopathy (CTE) is the diagnosis given to those who’ve suffered from brain injury and, sharing very similar effects with Alzheimer’s, can lead to depression, memory loss, anger and other cognitive problems.

Because concussions have been seen to exist independent of a loss of consciousness, and that their symptoms might not be visible each time, teams have raised the importance of proper detection and no team physician wants to appear too careful. Thankfully, there has been a push in recent years for preventing CTE.

The return-to-play guidelines the NFL established in 2009 required sideline checks on players to determine whether a concussion has occurred, a safety provision many are thankful for. Florida has even passed a law requiring any high school football player to be pulled from the game in the event of a head injury. Helmets have also been under the microscope lately; the fact that their codes haven’t been updated since the 1970s has been a cause for concern; so has the quality of many of the used helmets worn in youth football leagues across America.

There’s talk of magnetic sensors being placed in helmets, which would measure brain waves and give doctor’s a real-time image of the effects of brain injuries, but that is still only in prototype stages and would only record and not prevent the injury.

One of the problems, however, is that sometimes the playersweary of how a concussion might render them to the sidelines or, worse, early retirementhave taken to masking their symptoms and covering up their concussions, exposing them to more danger. Hopefully, the growing awareness of CTE will prompt those players to recognize the dangers and deal with the symptoms of concussions appropriately, for their own safety.

About the author: Thomas writes about all things sports and has been for over 10 years. When he’s not reviewing companies such as Putterman Athletics he’s busy training for his upcoming marathon.