There has been a lot of negative news about electric cars. Fisker has had numerous problem and lately GM and Chevy electric batteries have been catching fire. Not a very good sign for those looking to use them. However, it is a far cry from where they used to be. Twenty years ago Alan Cocconi took an electric (converted) Honda CRX across the country to prove it could be done. There was only one problem. He had to pull a trailer with a large generator behind him to keep charging his battery. What if you could just make periodic stops to charge your battery as needed? Tesla thinks you can.

You may have already seen charging stations at malls or shopping centers but Tesla is testing a new plan to install stations across the country’s highways. Where are they testing them out? Why California naturally. Five high powered, direct current chargers, called supercharges, will be placed along the I-5 corridor between San Francisco and L.A. These supercharges will be placed in Lebec, Coalinga (the halfway point) Gilroy, Folsom (between S.F. and Reno) of course Barstow on the way to Vegas. 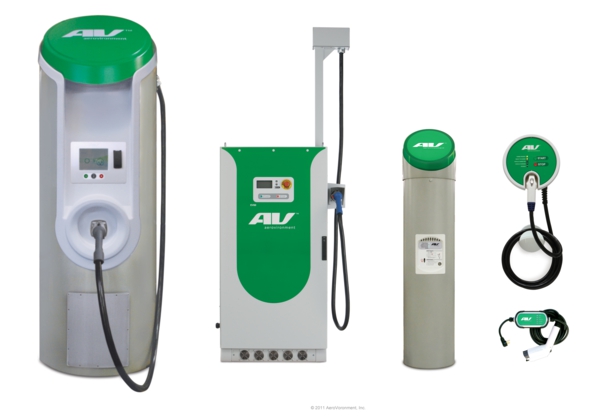 Right now no plans exist to put any in the actual cities of L.A. and S.F. The reason for this is that Tesla believes their car’s considerable power will be more than enough to get them out of the city to the first superchargers.

So don’t these cars take a long time to charge? Not really. The superchargers will be placed in shopping areas with café’s, stores and places to eat. The say the average person spends about thirty minutes eating, getting coffee, stretching their legs etc. and that is enough time to add another 150 miles of power to their cars.  The superchargers are capable of charging 4.7 times faster than their current home charging stations.

The supercharger itself is an impressive spray of electricity that delivers power straight to the battery by bypassing the cars built in charger. The cable is thick and relatively heavy. To solve this problem the cables will extend vertically out of the pump to the height of the cars port. The weight of the cable then bends the nozzle over so it is easy to attach. While charging green lights blink around the cars port to let you know it’s progress.

Tesla has an aggressive plan. While right now all they have are the chargers along the I-5 route in the next two years they will have a supercharger corridor across the entire country.  They also have a plan to make a route between Ontario and Quebec.  While it seems like something out of science fiction this plan is about to be a reality. Tesla expects this to produce a large increase in electric car sales.