Posted in Family
Author: Editor  Published Date: October 29, 2012  Leave a Comment on The Emotional Fallout Of An Affair

Having the affair may seem like the easy part. However, the emotional and psychological fallout following an affair is all too often actually the hardest part. The trust and respect have gone and left behind anger and tears. However devastating the truth is, is it wise to try and understand the reasons behind their infidelity? Do you wish you had never found out? Had you known earlier would things have been any different.  Some of the sad realities of how a person is left feeling after the ultimate betrayal are all too familiar. 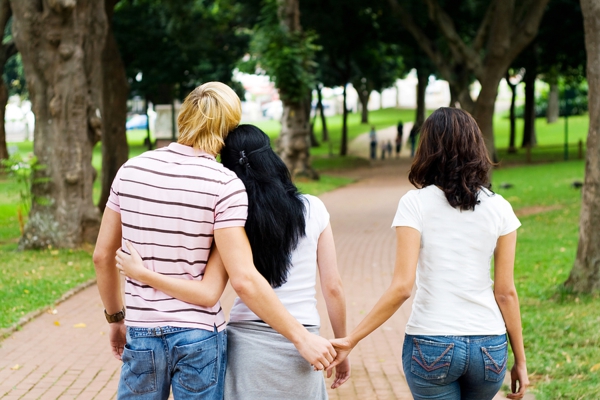 Betrayal
On finding out your husband has cheated the humiliation and hurt that fills your broken heart is almost suffocating. You really trusted him and believed in your marriage.  Going back over and over again now trying to think when and how it went wrong and why didn’t you notice all those signs? All those lies and excuses that are now so obvious.  If you take him back how can you ever believe anything he says is true thus making your lives miserable, leaving you with a false sense of security?

Anger
Anger and frustration are there in volumes. How dare he do this to you? The loyal and dependable wife, and mother, of his children. Why would he do this to you?  What did you ever do that was so wrong and why didn’t he tell you so that you could try and work on whatever it was that made him stray in the first place.

Retaliation
After the initial feelings of humiliation and rejection, revenge is often a close second. The vindictive spouse is a very dangerous one. It is an all consuming emotion that will replace all rationality. To get even at any cost is foremost on their mind and to play him at his own game would seem the ideal punishment. This is not always the best way to get even.  At the time but unless you want to end that relationship completely, there really is no point. Wait until the anger abates and see how you feel. As the old saying goes ‘sleep on it’!

Trust
Every marriage is built on a foundation of loyalty and trust. Why else would so many commit themselves in such a way to one person for the rest of their lives. So when adultery is added to this mix, that trust is damaged beyond repair mostly. To repair a broken marriage that trust has to be rebuilt from the very start. It is a very patient and understanding spouse who is prepared to do so.

You Know Who Your Friends Are
The innocent party in an adulterous marriage can be left feeling abandoned and alone. In so many cases their so called friends will all of a sudden be unavailable or too busy or even avoid you at all costs.  Did their friends know what was going on? Why didn’t they tell her? Often they avoid her precisely because they did know or had an idea. Who can she actually turn to for help to getting through this devastating time?

What Shall I Do Now?
To start again is the most daunting prospect for anybody as a result of an adulterous marriage. If there are children in the marriage this can be an even more frightening future. Where and how will you live without your spouse? Who will look after you? How will you manage? This was never your idea and you are resentful that he has left you with a life you clearly didn’t expect or want. Then who will want to know me now. A single parent does not have such attractive prospects. Most men will go running in the opposite direction at the prospect of bring up another man’s offspring.

What About the Children
When there are children behind the scenes of parents at war, the emotional fallout can be immeasurable. Children of all ages keep their emotions bottled up with worrying consequences. They appear fine and coping well but in reality they are struggling to understand why their parents are fighting and the guilt sets in. Were they the cause? Had they been better behaved would things have been different? No amount of reassurance will satisfy their feelings of hurt and betrayal by the guilty parent.  Only time will tell how children from broken homes recover.

Where Did I Go Wrong?
What did I do wrong? Could I have prevented this? These are two of the most common reactions to finding out your spouse has betrayed you. After the initial shock of finding out your spouse has preferred the sexual attentions of somebody other than yourself, feelings of confusion and hurt are immense and all consuming. If only I had been more cheerful and understanding, and more accommodating in the bedroom. If only I was younger or prettier or thinner even!  If only, if only!  More often than not, nothing could have made a difference as it was never your fault.

How to Move On
Is it possible to bring it all back or just cut your losses and run?  It has been known for a cheating spouse to come back with his tail between his legs declaring his undying love and professing it was all a big mistake.  It is a very brave person, knowing that the eyes and ears of all those nearest and dearest are upon you will be able to make that monumental. How will people see me if I take him back?  Is it in fact a sign of weakness and desperation or strength of character and self respect?  To be in the driving position is surely a far better place to start or will those niggling suspicions and bad memories be too much to cope with.

Finally
Be prepared.  Knowledge is power.  If you are at all suspicious of your spouse and would do anything to avoid the devastating fallout following an affair, then then act now before it is too late. We can help you find out the truth and so enable you to act accordingly to avoid the rollercoaster of emotions above.

Finding the truth could save your marriage UK Detective are the people to turn to. Contact us at http://www.theprivatedetective.com.