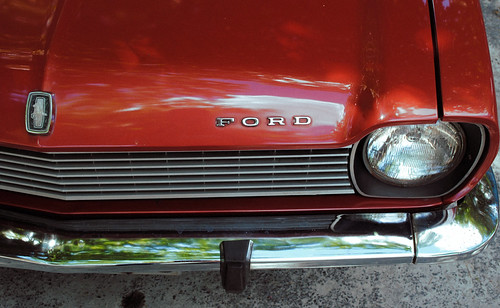 Henry Ford is a legendary figure in American history, a capitalist success story who permanently changed travel, manufacturing, and modern industry. He was a man with lofty ambitions and an ego to match; while he revolutionized automobiles and assembly lines, Ford’s true legacy was a full-blown consumerist utopia that utterly transformed America. However, if you travel to the Brazilian Amazon rainforest, you will find the abandoned ruins of one of Ford’s most ambitious and unsuccessful projects: Fordlandia.

By the late 1920s, Ford was producing hundreds of thousands of new automobiles, and each needed a set of rubber tires. The rubber industry was dominated by a small group of English barons working out of Malaya; Ford wanted to break this monopoly. He came up with a brilliant plan: he would bring rubber tapping back to South America, where the rubber tree originated, and create a Fordian slice of America in the Amazon. In 1929, Ford purchased nearly 4000 square miles of land from the Brazilian government, and began developing it into a rubber-plantation-cum-social-planning-experiment called Fordlandia.

We Don’t Need No Stinking Botanists

Hundreds of Ford’s American employees relocated to Brazil, and Fordlandia quickly transformed into a prefabricated American town: there was a butcher, a golf course, a library, and rows of houses with white clapboard and picket fences. Model T cars trundled along on the brand new roads, oblivious to the untamed wilderness just a few miles away. Local Brazilian natives were hired to work in the fields for double their typical daily salary, on the condition that they lived in the town too.

But Ford’s notorious independent streak caused immediate trouble. He refused to hire any botanists or consultants to help establish the rubber plants. Any expert would have warned him that it was impossible to grow rubber in a plantation in the rainforest. Instead, Ford’s engineers were left to their own devices, and had to make their best guess about how to nourish a foreign and very delicate plant. The Fordlandia fields were packed with two hundred saplings per acre; but in the wild, rubber plants are far more sparsely distributed. The close quarters and hilly terrain bred thousands of bugs, and the crops were soon stricken with blight. Water pooled in the soft soil, breeding malaria-ridden mosquitoes.

The apple-pie American town wasn’t faring much better. Native workers were used to working before dawn and in the late afternoon, avoiding the hottest part of the day; however, Ford insisted on a strict 9-to-5 schedule. Laborers had to stick to a “healthy lifestyle”, including square dancing sessions, abstinence from alcohol, consuming hamburgers and other American cuisine, and—most abhorrent of all—eating in the company cafeteria instead of with their families.

The Brazilian workers’ discontent eventually erupted into a full-scale riot in December of 1930. The few Americans who hadn’t fled from the hot weather were chased out by furious locals with machetes. When the dust settled, Fordlandia was in ruins, and Henry Ford finally allowed a botanist to examine the land. He was informed that his grand rubber-making scheme had been doomed from the start; unfazed, Ford bought more fertile land downstream and tried again. His new community, Belterra, had better conditions (and imported blight-resistant rubber plants), but in 1945 synthetic rubber swiftly eliminated the need for the plantation, and sank the entire Brazilian investment almost overnight. All in all, Henry Ford lost roughly $200 million in today’s dollars; the ruins of Fordlandia remain in Brazil, standing as a reminder that the greatest men are still susceptible to making incredibly bizarre and expensive mistakes.

Meere Industries pays close attention to quality during and after the production of all their Meere molded rubber parts, as they continuously strive to not only meet, but exceed, all quality standards in the industry.  In addition to manufacturing, Meere also offers warehousing and stocking systems.