Posted in Finance
Author: Editor  Published Date: October 5, 2012  Leave a Comment on The Future Of The Bitcoin Virtual Currency 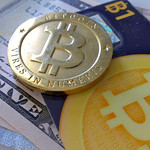 In today’s digital age, the popularity of virtual currency is steadily growing; also known as digital currency or electronic currency, this virtual cash can be easily managed and traded via websites and mobile online platforms. One such currency, the Bitcoin, enables users to make instant virtual payments – without the authorisation of any centralised banking institution – through the use of a peer-to-peer network. However with this lack of legal precedent, a virtual currency such as this will not be able to earn the trust of big businesses and investors until it has been proven that the system is viable in the long term.

There are many benefits to using a digital currency, but in the case of a decentralised system such as that of the Bitcoin, there have been numerous challenges preventing its widespread adoption since the system was first launched in 2009. These include the threat of hackers, concerns around privacy, and even the potential for use by extralegal markets. In order to counteract these threats, the Bitcoin Foundation has just been established, with the hopes of protecting and promoting the currency in the years to come.

These concerns have let to the introduction of the Bitcoin Foundation; this organisation aims to standardise and protect the exchange of Bitcoin currency around the globe. “As the Bitcoin economy has evolved,” states the foundation’s website, “we have all noticed barriers to its widespread adoption… we see this foundation as critical for bringing legitimacy to the Bitcoin currency”.

During the coming year, the foundation will go about creating “best practice” guidelines for those trading in Bitcoin virtual currency, and establishing a certification process for businesses looking to adopt its use. Next year will also see the Bitcoin Foundation hosting a conference in Silicon Valley. In addition to this, numerous software tools for Bitcoin traders (known as “merchants”) are currently in development.

It is believed that the more widespread adoption of the Bitcoin will help to stabilise the exchange rate used to convert it into Government-issue currencies; this exchange rate has fluctuated greatly since the launch of the currency. The standardisation of the Bitcoin will doubtless help to establish its reputation as a legitimate virtual currency. The future remains uncertain, but supporters say the currency could eventually challenge financial institutions as a rising competitor. Only time will tell just how far the adoption of decentralised virtual currency will extend in the years to come.

Nicky Warner is an enthusiastic blogger with a keen interest in financial news; from forex account advice to digital currency trading best practices, Nicky is well-versed in all matters financial, and is eager to share her knowledge with fellow writers.