Digital filmmaking has replaced 35mm film as the industry standard, and certainly doesn’t look like going anywhere. From small budget film producers to large studios, digital filming is commonplace and the techniques used have become more advanced and sophisticated. The advent of 3D filming and James Cameron’s Avatar bought a new dimension to filming and has pushed the boundaries furthers. In this article we explore the concept of digital filmmaking and how it has come to the forefront of the industry.

Digital cinematography quite simply involves capturing pictures or stills digitally, rather than on celluloid film. It’s exactly the same as the difference between your digital camera and your old film camera. The concept was first introduced in the 1980s by digital pioneers Sony and was first marketed as “electronic cinematography”. However, this terminology didn’t catch on and it wasn’t until the late 1990’s that digital video cameras replaced this term. 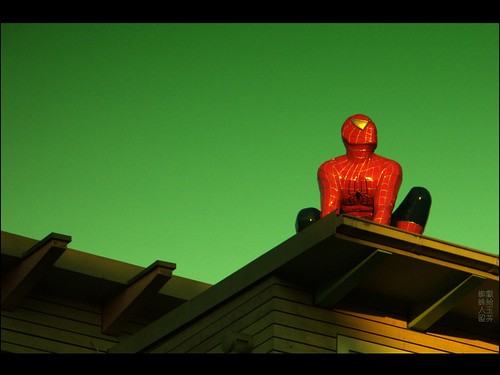 The benefits
The clear advantage of digital filmmaking/cinematography over traditional film is quite clearly the cost. Nowadays, it wouldn’t be cost effective to produce a whole film using 35mm, when once considers all the processes involved: processing the film, transferring the film to video, negative cutting etc. This costs can run into the tens of thousands, whereas with digital cinematography all these lengthy and expensive processes are eliminated.

Digital cinematography also cuts down on the time spent on the actual shooting of the scenes, because the directly can quickly flick through the footage. In the past they would have to wait until the film was developed and processed and then organise reshoots. Also, digital cinematography, allows for a more streamlined and efficient approach as the transition between filming and post-production can often be reduced, allowing for visual effects to be added whilst filming is still going on.

Computer Animation
This has become a lot more popular especially with Pixar’s rise to fame, and setting the benchmark. Animated films have developed significantly over the last few years, and now the characters and objects that can be created via computer animation software are extremely realistic. Toy Story, now regarded as a classic animation film, spurred on a whole host of other animated films that incorporated the latest animation techniques with a great storyline and humour that appeal to both kids and adults. Jurassic Park, likewise, set a precedent for 3D computer animation to enhance live action and motion pictures. More recently, Avatar also incorporated both 3D digital animations and live acting to create the highest grossing films of all time.

It’s interesting to see the passing of the celluloid age in cinematography and the rising and development of digital. With any changing of the guard, it requires filmmakers to stay on top of the latest technologies and techniques for achieving high quality production. For many of the younger generation coming into filmmaking, this is something that they’re fully comfortable with and might be able to teach some of the older guys a few new tricks pushing on modern filmmaking,