Years ago I was speaking with a person who had done a lot of documentary work with public television.  He had his own video production company and we were discussing what it takes to get a show on the air.  The subject of treatments (a written synopsis of a TV or movie projects) came up and that led to him mentioning how Antiques Roadshow was really a game show.  This was indeed an interesting perspective when looking at the show. 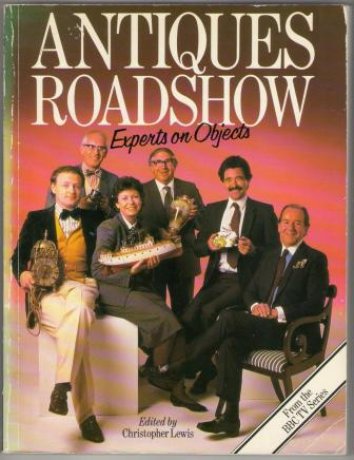 For those who are not familiar with this PBS staple, the show is recorded live at various antique shows throughout the United States.  Average individuals can come into the show and have their antiques appraised by experts (experts change frequently and vary by region) who will place a value on the object.

It is this waiting for the value to be given that this person was saying made Antiques Roadshow a game show.

Interestingly enough, I believe that Antiques Roadshow can also be the father of a number of similar TV shows on regular basic cable.

Pawn Stars – Child Of Antiques Roadshow
Probably, the champion take-off of Antiques Roadshow is Pawn Stars.  Pawn Stars is a real pawn shop in Las Vegas.  However, unlike most pawn shops throughout the country it has garnered a reputation for gather unique, collectible items.  The show has individuals bringing in items that they want to pawn (take a loan out using the item as collateral) or to sell.  The staff either gives a historical synopsis of the item or gets an expert to review the item, then they provide a value of the item.  In this regard, the show is almost identical to Antiques Roadshow.

However, when an expert is called in to authenticate and give a value to the item, the store never gives the person its value as the store needs to make a profit.  So, there is a bit of tension as a quick negotiation happens before a person gets their money.  Another difference is that with Pawn Stars the staff of the pawn shop are the stars of the show, and with each episode people get to know more about them personally.  Also, Antiques Roadshow only gives a value to items whereas Pawn Stars has actual cash trading hands.

Therefore, if Antiques Roadshow could be considered a game show, so should Pawn Stars.

Pawn Stars can be the number one highest rated show on cable television sometimes.  This kind of success has spawned imitators, spin-offs, and variations.  Many of these shows are produced by History (aka The History Channel), host channel for the Pawn Stars.  Other shows are produced in the same cable family like A&E (History and A&E are owned by A&E Television Networks) .  Then there are the shows that are simply produced on other channels and networks.

One successful legacy of Antiques Roadshow and Pawn Stars is Storage Wars.  The success of Storage Wars has produced its own spin-off, copycats, and variations also.

Storage Wars- Grandchild of Antiques Roadshow
Storage Wars can be thought of as a by-product of the success of Pawn Stars.  On this show people buy the contents of abandoned storage lockers at auction and then look to resell the contents.  While most items are household items, frequently there are unique items of value.  Most of the time these items need to be appraised by experts who then give a resale value to the item.  The show then does a tally at the end with the profit or loss the individuals made on that particular show.

If any of these reality shows could be considered a game show, it would be Storage Wars.  It has the whole Let’s Make a Deal feel to it.  There is the idea of does one bidding on door number one or door number two.  The bidders at auction can only look at the contents for five minutes from the outside of the locker before bidding starts.  Then there is sometimes trading that happens among bidders and the experts who mostly own their own specialty shops.

Barter Kings and Other Shows – Descendents of Antiques Roadshow
So, the legacy of Antiques Roadshow continues as both a reality show and as a game show.  A&E has already developed Barter Kings which has a couple of traders who do trades without cash.  Again bringing back the idea of Let’s Make a Deal to it.  Will it ever end?  Probably not, as such shows are popular, easily spun for variation, and inexpensive to make.  Plus, game shows have been on the air as long as there has been television.  No reason for them stop now.

Amarath Pfeiffer is a writer who watches way too much television and waits anxiously every year for college football season.  You are invited to visit some of his work about bartering. Bartering is on the rise in these tough economic times, as more people are trying to get by without cash.