Posted in Finance
Author: Editor  Published Date: September 23, 2012  Leave a Comment on The Mortgage Audit – Can It Benefit You?

Millions of homeowners in the United States are having trouble making ends meet. And this definitely includes keeping up with their mortgage payments. The recent economic downturn has left many in the shadow of foreclosure, wondering where they will find another roof over their heads.

Some are saying that having a mortgage audit can help those who can no longer pay their mortgages, as it gives homeowners the opportunity to take action and prevent the loss of their home.

What Is a Mortgage Audit?
A mortgage audit is a process whereby your loan documents are reviewed for errors by your lending company. Those offering these audits say that as many as ninety percent of ARMs contain errors in their documentation, which makes it very possible that you as a homeowner in trouble has mistakes in your loan documents.

The Benefits of a Mortgage Audit
A mortgage audit can offer a way to spot errors in documentation and provide the homeowner with a way to fight foreclosure by giving them leverage over their lender.

Lenders are governed by fair lending laws. Any errors in documentation can mean a violation of those laws. And if the law has been violated, you as the homeowner can take legal action.

One benefit of a successful audit is a better loan with lower rates and more acceptable terms. This most commonly means lower payments as well.

A homeowner can also have any missed payments forgiven, in addition to having their loan balance reduced.

The Disadvantages of a Mortgage Audit
One major disadvantage of the mortgage audit is that the outcome isn’t guaranteed, which poses a significant risk to the homeowner already cash-strapped due to the economy. In addition to the money that has to be paid for a mortgage audit, the process does take time, which is a luxury for any homeowner who is facing foreclosure.

Despite all of the errors allegedly being discovered in mortgage documents, a shockingly few number of cases have been successfully resolved in a court setting. This has many reasons – the audit may have been ruled to not have been executed property. Or, the attorney for the homeowners isn’t versed in how mortgage audits work.

As well, while a mortgage audit may show a definite claim as far as numbers are concerned, it only tells one side of the story, and very little about the actions of the part of the lender or homeowner that led up to the audit taking place.

As well, because banks have fat budgets for legal assistance, they can hold up a mortgage audit claim in court for as long as it takes. So even if a homeowner were to win their case, they may not be looked upon as favorably by a lender when it comes time to modify their loan. 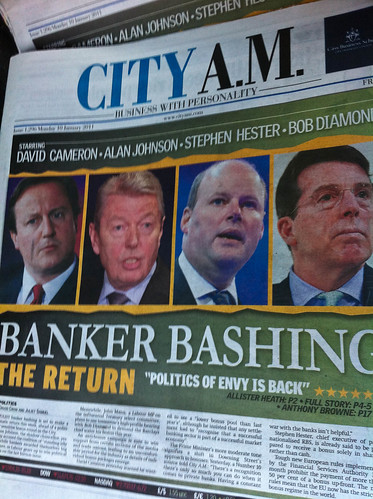 Audit Scams Are Rampant
With all of the reported benefits of having a mortgage audit conducted, there are just as many scams being run by professionals who claim they can offer relief to homeowners facing foreclosure. Many of these fraudsters will claim that you will be able to get your loan modified quickly at a reduced principal, as well as claim to be able to have your loan cancelled and avoid foreclosure altogether. Unfortunately, there is no evidence to suggest that any of the above will be an outcome of a mortgage audit.

Any company who says they can guarantee the stoppage of your foreclosure, regardless of your circumstances should be avoided, as should companies who ask you for money before any services have been rendered. Other indicators of mortgage audit scams are:

Requesting a mortgage audit is a personal decision. Being informed about what such a process entails and what can happen if you don’t know what to watch for can mean that you are more adequately armed when the time comes to do what you can to attempt to stop foreclosure on your home.

Guest author Tony Caro writes on a variety of topics, but is particularly well-versed on the subject of refinance your home mortgage.  He is a frequent contributor at The Refi Guide.  You can also find Tony on Google.