Posted in Family
Author: Editor  Published Date: October 6, 2012  Leave a Comment on The Most Famous Wedding Photos Of All Time

Over the decades, there have been a lot of iconic wedding photos taken, especially of celebrities. Not all of them may have been newsworthy, or notable to the public at large, but there are some that have stuck with us all these years because there was something special involved. Everyone will have their own opinions as to what makes a photo memorable, but in order to get the most comprehensive list of famous wedding photos, polling those who are responsible for creating them seemed to be the easier way to define the most famous. The following are among the favorites of photographers around the world.

Prince Charles And Princess Diana
This is one of the most famous wedding photos of all time, not just from the viewpoint of the photographers, but also because of what the photos meant to the world at the time they were taken. They are representative of a return to classic romance, the shots of a young bride gazing at her adoring new husband, who also just happened to be the heir apparent of one of the most powerful nations on Earth. The tragic death of Princess Diana years later, as well as the problems that union experienced, has made it the iconic wedding photo of all time. 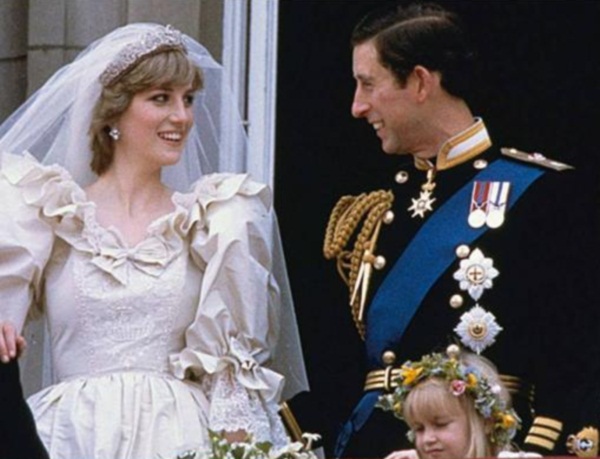 Brad Pitt And Jennifer Aniston
Taken at a time when both of these celebrities were deeply in love with one another, these photos also show two budding talents at the beginning of their illustrious careers. The fact that their photographer chose to use black and white film, rather than color, also makes it an homage to celebrity photos of the past. The poses are natural and unrehearsed, highlighting a time of innocence for them both, as they begin their new life together. Sadly, like most celebrity marriages, it was not meant to last.

Elton John And David Furnish
When it comes to photographs that represent the attitudes of a changing world, you can find no better than the wedding photos taken at the wedding of pop star Sir Elton John and David Furnish. By no means the first relationship for Sir Elton, it still represents the new level of comfort that the public at large has with same sex marriage, and the acceptance of those involved with presenting their love to the world without fear. It is obvious from the shots that these are two people who deeply care and respect each other, and should be seen for the normalcy it represents. Politics aside, it is the perfect portrait for love in the new millennium.

This was a guest post by Cassie from Cassie Craner Photography – a wedding photographer based in warwickshire.