A survey published in People Management magazine in July 2012 has found that most HR professionals do not have access to enough global information via their HR software. In order to operate at maximum efficiency, most HR professionals would like to be able to access all of the HR information from all of the places that their company operates in. It seems however that (43 per cent according to the People Management magazine survey) many companies have different systems in different locations, meaning that access to information from other locations is limited at best, which can slow down HR processes. In addition, language, legal and currency differences in different geographical locations can present a significant barrier to effective working practices on a global scale. It is believed by many that having a global cloud based system which is easily accessible could potentially resolve that problem. 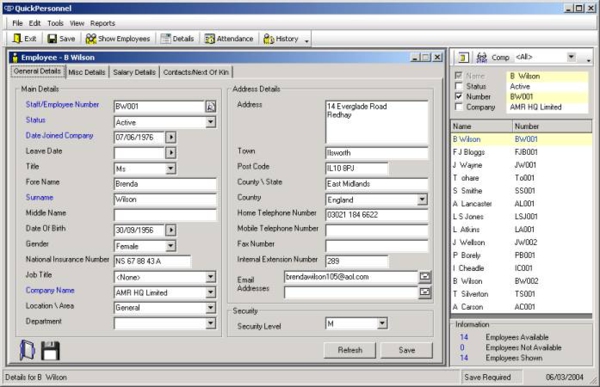 The Global Company
It is often believed that global equates to a huge multinational company. However, in today’s environment, the global company can also be a medium sized company which has expanded their operations over-seas, beyond their domestic market into different territories. With each new country or territory, often comes a different system with different languages, rules and regulations and processes. What this means is that as the company grows, the ability to manage HR operations in a seamless fashion becomes increasingly compromised. Hence the need for global systems which integrate languages, laws, and other processes seamlessly so that all information can be accessed from anywhere in the world with few issues.

Languages
Medium to large companies often operate on a number of international territories. This means that language barriers may present as a problem when it comes to communicating across teams globally and accessing information. Many modern global HR software packages include different language profiles to overcome this problem by allocating profiles in such a way that users can access files and information in their own language saving time and money in the long run.

It is important to note that some of the fastest growing business centres in the world are in countries who speak languages with unique characters which are not common in western software systems such as Russian and Mandarin. True global systems are able to deal with such languages effortlessly and seamlessly, minimising the hassle which can result from having to decode such languages when accessing and transferring data between countries.

Privacy Settings
Different countries and regions often have different privacy laws. Some global HR systems allow you to customize the privacy settings according to the laws of the region that you are in. This obviously allows companies to adhere to the privacy laws of the region they are operating in, while at the same time saving money on additional software designed specifically for this purpose.

Seamless Data Sharing
Many global HR systems allow for seamless sharing of data using one data base. Problems such as currency conversions for salary and bonuses are automatically taken care of taking the pain out of talent management on a global scale.

Cloud Based Systems
According to People Management Magazine, many experts believe that the best way to manage a global HR system is via cloud based data storage. This effectively means that data is stored on a company internet type system so that employees company-wide can access the information they need to access without having to log into a specific machine. Currently, only seven per cent of respondents in the People Management survey said they used cloud based data storage solutions for global HR systems.