During the early 19th century, tea consumption increased radically throughout the UK and became one of the most popular beverage in the country. At the time, Anna Russell, the 7th Duchess of Bedford was said to have complained of a “sinking feeling” during the later hours of the afternoon. This was because during the 19th century, it was common for people to eat two meals a day, breakfast and dinner.  The Duchess decided the wait between the two meals was too long, and began to enjoy a pot a tea and a light snack in the afternoons to appease her hunger.

As time went by, the Duchess began to invite friends to join her for tea at Woburn Abbey. This tradition became so popular that the Duchess continued it when she returned to London; sending invitations to her friends to join her for tea. Before long, other hostesses picked up on the Duchesses’ fashionable ways and conducted their own afternoon tea parties with light sandwiches and home-made cakes. Afternoon tea quickly became an established and enjoyed occasion in many middle and upper class households. 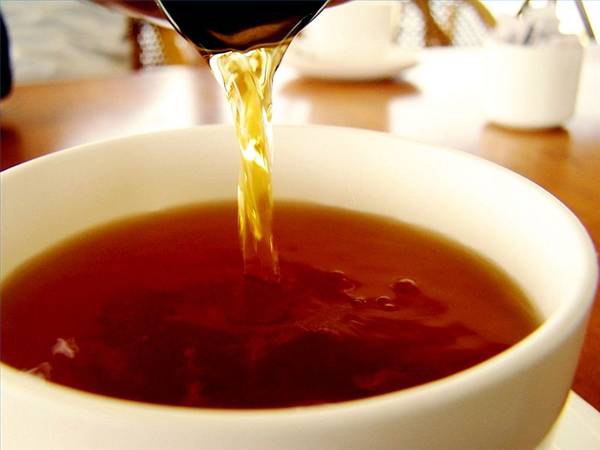 Nowadays, you’ll often see hotels advertising ‘high tea’. This traditionally came from the upper classes would serve ‘low’ or ‘afternoon’ tea at around three o’clock, whereas the middle and lower classes would have a more substantial ‘high’ tea later in the day, at five or six o’clock (in place of dinner). ‘High’ and ‘Low’ tea actually received their names from the height of the table they were served on, high being a dinner table, low being something similar to today’s ‘coffee table’, next to comfortable chairs. This tradition echoes into present day, with the British sometimes call their evening meal ‘tea’ as opposed to ‘dinner’.

Many overseas tourists still imagine the British are nation who partake in afternoon tea on a regular basis. Unfortunately, this is no longer the case. In today’s busy society, afternoon tea is usually enjoyed as a luxury occasion, an anniversary or birthday treat, perhaps even something to do after a lengthy shopping trip. With that said, when tourists visit the UK there are plenty of restaurants, cafes and hotels that do offer afternoon tea which are usually a fantastic and delicious way to pass an afternoon. With tiered plates of sandwiches, cakes and pastries, afternoon tea is an experience everyone should enjoy at some stage in their lives.

Richard Woods is a writer for KLIX UK, a vending division of Mars Inc.