One day, in 1935, W.C. Fields, the famous, and bibulous, film comedian, sauntered into the office of Dr. Frank Fern, for an appointment.

“What seems to be the problem, Mr. Fields?” the physician inquired.

“A touch of Kuru Disease, perhaps, or the dread Pfeffernuse” mused Fields, more to himself than to the medico.  “I am afflicted with bouts of dyspepsia and flatulence, and find my fodder to be distasteful unless flavored with a dash of absinthe or turpentine.” 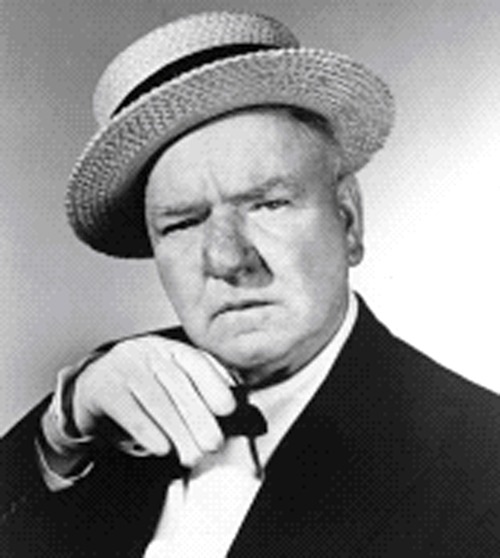 The nonplussed doctor gaped at Fields, with no idea of how to respond to this grandiloquent monologue.

“I seek surcease, Doctor!” boomed Fields.  “An anodyne, a balm to soothe the whim-whams, or, in the vernacular, the heebie jeebies!”

Mr. Fields eyed the doctor expectantly.  The doctor knew very little about his patient, having been told of the appointment by his nurse just a few hours earlier.  It was common knowledge in the Hollywood community that Fields was a heavy drinker, and that gave the doctor an idea.  The Doctor’s grandmother had given him a drop of peppermint oil on the tongue whenever he complained of a stomach ache as a child.  It couldn’t hurt to prescribe the something similar to W.C. Fields, who, the doctor suspected, was having stomach problems from his drinking.  He knew that peppermint was one of the essential oils that could safely be used in moderate amounts on patients such as Fields.  So he told Fields to put 2 drops of peppermint essential oil in a glass of water and drink it twice a day.  Fields bowed solemnly to Doctor Fern, briefly dickered with the nurse about the fee (they settled on five dollars), and then Mr. Fields paraded out the door.

A few weeks later Fields was at a favorite watering hole with his drinking companion John Barrymore.  Fields was hoisting highballs with apparent immunity, relishing each prolonged sip with a dramatic smack of the lips.  Barrymore, on the other hand, was barely able to keep the liquor down.  He complained to Fields of his traitorous, unsettled stomach, to which Fields replied with hosannas praising Dr. Ferns miracle peppermint drops—a true boon to the dedicated drinker’s innards.

“How may I obtain this elixir of life?” demanded Barrymore.

Fields gave him Dr. Fern’s address, and soon the good doctor had more slightly unsteady patients seeking redress from the effects of John Barleycorn than he could shake a stick at.  Fields and Barrymore were his unpaid advertising department.

Doctor Fern neglected to tell his patients that peppermint oil could be had at any pharmacy without a prescription, and, in fact, several large grocery chains sold it as well, as a flavoring agent.  And so Dr. Fern prospered at the expense of the credulous tosspots of Hollywood.

This did wonders for the breath, but several of Hollywood’s most noted actors developed a rash that ran up the chest onto the throat and turned their chins into veritable beacons shining in the night.

Mr. Fields not only got the rash, but suffered ignominy when his nose swelled up and turned a more robust red than it already was.

Crying “mountebank” and “charlatan!”, Fields led a posse of disgruntled patients back to Dr. Fern’s office, but, alas, by this time the doctor had taken his ill-gotten gains down to Mexico, where he enjoyed the lifestyle of a deposed dictator, surrounded by senoritas and avocados.

And so the fad eventually passed, and Mr. Fields and others with his same hobby had to once again put up with rebellious stomachs.  Fields still found some relief in peppermint oil, so he continued to use it right up until his passing in 1946.

On his deathbed, when asked what he felt he had accomplished with his life, he is said to have replied solemnly “I have the sweetest smelling turds this side of the Appalachians.”

Tim Torkildson is a former circus clown, who now investigates essential oils as a free-lance blogger for companies such as http://www.essentialoildetails.com/