It is a proven fact of life that parents love their children, but there comes a time when even the most devoted, would prefer to love them from a more of a distance.  Where even twenty years ago, children would leave home to get married by their mid twenties, or at best achieve a level of financial independence that would allow them and their parents the privacy that they both need.

However since the start of the 21st century, this trend has gradually reversed itself, and now children, or more accurately adults, are staying at home for much longer than they used to, and to an extent that they have been handed the title in the UK of being the “Peter Pan generation” And not just a few, but an estimated third of adults between the ages of 25 and 40 are still living under their parent’s roofs.

And what may even be more of a cause for concern , as that the stay at home generation see no real reason to give up on the home comforts, with many of them admitting that they are not sure whether they could actually cope on their own. 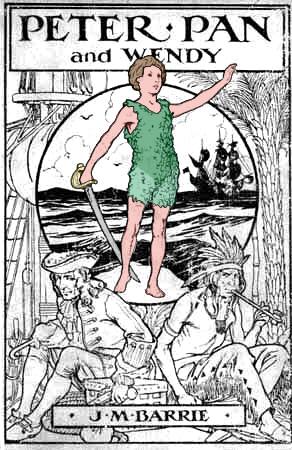 The questions that arise are as follows,

It doesn’t need to a lot of thought to come to the conclusion that in the long-term nothing good can come of the Peter Pan generation. To begin with, the most loving of parents will eventually run out of steam, if not cash to subsidise their “children” who are reluctant to face the outside world. Already figures show that close to twenty percent of parents caught up in this situation would be happy to see the children living elsewhere and not having to cope with the financial and physical burden of keeping them.

From the outside it seems like a good idea, as long as the child or children are paying their share the upkeep of the house. However, many of them prefer to look upon their parents as the ultimate providers and refused to pay their fair share of food and utility costs, as well as the upkeep of the property, and even the family car, which they may be using.

While this is largely an unacceptable situation, the knock-on effects may be even worse. Recent studies have shown that in the UK the average age for getting married stands at 35, ten years more than it was ten years ago. That means that, in a lot if cases, the first children from the peter pan generation may not begin to come into the world till the parents are approaching their forties, although the national average is around thirty.

As anyone will feel you, the real responsibilities of life begin at parenthood, a delaying that wonderful institution won’t make the burden of responsibility any lighter. That’s the reason why the insurance industry in the UK is making tremendous efforts to bring the members of the Peter Pan generation back into the world of reality. They are encouraging them to take advantage of their cosseted life style by establishing pension schemes as early as their twenties, as well as ensuring that they have a proper life insurance plan in place to make sure that in their advancing years they won’t have to take advantage of their parent’s good nature. Because they won’t be around forever. .

Written by Hugo from yourinsurancequote.co.uk. Read more articles like this one on his blog.