Silly putty is an incredible substance; it flows and moves, it bounces and breaks, and it has an uncanny ability to become ingrained in your grandmother’s favorite upholstery. This toy is a favorite for kids and adults of all ages, but it’s tough to pin down exactly what it is and what it does. In fact, you might not know that Silly Putty has its origins in the rubber shortage of World War II, and is a pleasing reminder that the junk of today could well be the Next Big Thing of tomorrow. 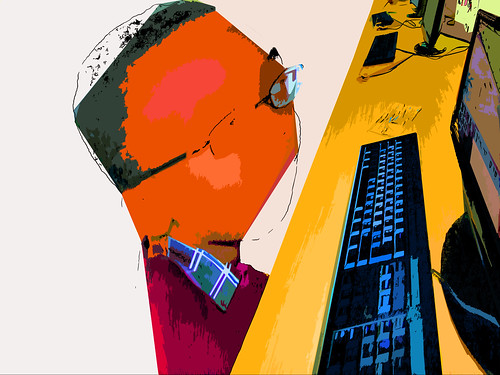 How Very Non-Newtonian Of You

Silly Putty, for those who haven’t had the pleasure of handling it, is a type of non-Newtonian fluid; it resembles a traditional liquid, but breaks some very fundamental rules. It acts as a highly viscous liquid over time, but behaves more like a very bouncy solid when sudden force is applied to it. If you slowly pull on the putty, it’ll stretch out like taffy; however, give it a swift tug and it will snap apart like a twig. You can shape it into a cube, or bounce it like a ball.

If you’re wondering how such an odd substance came into existence, the answer lies in the resource shortages of the Second World War. Japan invaded several key rubber-producing nations in the Pacific, as they engaged the Americans on the western side of the world. As the United States entered the conflict, they ran into a problem: they needed rubber for almost everything. Car tires, aircraft parts, gas masks, boots, and emergency rafts were all made out of latex rubber, as well as countless O-rings, washers, handles, and other machine parts. Rubber was immediately rationed, and civilians donated their spare boots and products to the war effort.

The U.S. Government began researching possible methods to artificially create rubber, and several science labs around the country began mixing polymers together. Two different people claim to have invented Silly Putty while searching for artificial rubber: James Wright, a Scottish inventor working at General Electric, and Earl Warrick, who worked with Dow Corning. Both men independently mixed boric acid with silicone oil, which produced a goopy, bouncy material. Wright famously sent several pieces of this weird substance to researchers around the world, but no one could ever find a use for it, so the invention was set aside.

How did Silly Putty go from a chemical oddity to a toy for kids? In 1949, a toy store owner named Ruth Fallgatter found some of the non-toxic putty, and worked with a marketer named Peter Hodgson to sell it in a clear plastic case. While it sold well, Ruth didn’t see much potential; however, Hodgson had the idea to package the putty in small plastic eggs–and he sold over 250,000 Silly Putty eggs in three days. Everyone’s favorite moldable goo became a household item–all thanks to a rubber shortage, some desperate inventors, and a few plastic eggs.

Meere Industries molded rubber manufacturing is the industry leader in custom molded rubber production.  Their continuous attention to detail means quality parts at a competitive price.  Let their staff of technical experts give you a quotation today!