Anybody familiar with werewolf movies knows that a silver bullet offers the best defense against one of these howling denizens of the night. This proven weapon against supernatural forces has become so popular, in fact, that even other monsters now have reason to fear it. Interestingly, the use of silver bullets in supernatural tales stems primarily from 19th-century Gothic fiction, though the magical uses for silver can be traced back to the oldest civilizations in recorded history. 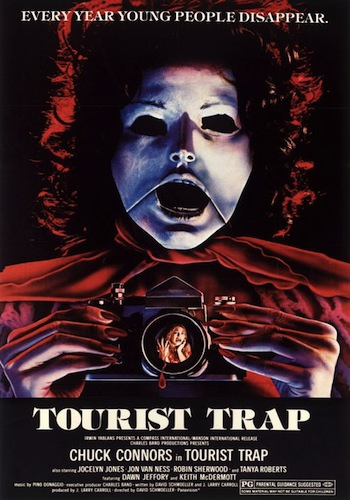 A Magical Metal
Silver possesses two unique properties that set it apart from other metals. First of all, it is one of the most reflective substances on Earth, which is why it is still used in mirrors. Ancient cultures were astonished by this reflectivity and compared it to the Moon’s ability to reflect light from the Sun. Most lunar deities across the world bear some relationship to silver as a result. The Greek goddess Artemis, for instance, hunted with a quiver filled with silver arrows, while the Welsh goddess Arianrhod was named “silver wheel” to represent her relationship with the moon and stars.

Silver also contains anti-microbial properties that were recognized by ancient peoples. The Greeks and Romans, for instance, would store wine in silver containers to preserve its freshness, and wealthy citizens during the Middle Ages would eat with silverware to protect themselves from the Black Death. Even today, silver is used to treat serious burn wounds and purify water. It’s no wonder, then, why those who practiced the magical arts believed that silver contained supernatural powers that could protect them from evil forces.

Magic Bullets
Although silver bullets originated from the minds of 19th-century fiction writers, magical bullets appeared in European folklore before this period. The most famous of these tales is the story of Freischütz, a legendary Germanic hunter who made a contract with the Devil in order to obtain seven magical bullets that never missed their targets. Scandinavian history also contains numerous stories about magic bullets. It was believed, for instance, that Charles XII of Sweden was shot by a magical bullet due to the mysterious circumstances surrounding his assassination.

The Beast of Gévaudan
Perhaps the most influential story that mentions silver bullets was “The Beast of Gévaudan,” a true account that involved a series of attacks against humans by wolf-like creatures in France during the late 1700s. Unlike typical wolves, these creatures had reddish fur and would specifically target humans instead of livestock. This story led to great hysteria over the possibility that werewolves existed, though a more likely explanation was that these were wolf and dog hybrids. In one version, the hunter Jean Castel killed one of these creatures with silver bullets, though historians eventually discovered that this was a late addition to the story. Even so, this tale became influential in shaping the minds of horror fiction writers.

The Silver Bullet in Pop Culture
The silver bullet is now a staple of supernatural film and literature, and though most of these stories involve werewolves, even vampires and witches are occasionally dispatched with this weapon. Here are a few of examples from film, literature and television that continue to please audiences:

Although the 1941 film The Wolf Man is perhaps more influential in portraying werewolves as victims of a tragic curse, House of Frankenstein is one of the earliest films to show silver bullets being used to destroy one of these creatures.

The Lone Ranger’s silver bullets are not exactly used to kill supernatural creatures, but they are his trademark symbol of justice. This television show was extremely popular, prompting serious fans to find out where to buy silver bullets.

Stephen King’s It is one of his most famous horror novels. The story involves a monster named Pennywise who feeds upon children and could assume the shape of their fears. The child-heroes of the story melt silver dollars to create a weapon that could injure the monster. Their belief, however, is what empowers the weapon.

This Brothers’ Grimm fairytale describes the adventures of two brothers confronting an evil witch who turns one of them to stone. The other brother tries to shoot her, but discovers that she is immune to lead bullets. Instead, he takes silver buttons from his coat, shoots, and wounds her so that she is forced to restore his brother to life.

Both vampire and human, Blade is a favorite hero in both comics and film for his prowess when it comes to hunting vampires. Silver bullets are one of the many weapons in his arsenal that also includes flamethrowers, silver-coated blades (of course) and UV grenades.

These are only a few of the many instances in which silver bullets have been used as a weapon. Writers, however, are always coming up with new ways to kill their monsters, which is why other kinds of silver weaponry such as the colloidal silver spray used in True Blood are also becoming popular. Even if silver ultimately goes out of style as a remedy against supernatural evil, it will always be an attractive choice for jewelry.

Brandi Tolleson studied Gothic Literature at Cal State Long Beach, and graduated with her master’s degree in English in 2007.