The Indian car buyers, especially the young populace seems to move on from the typical small wagons to compact SUVs in the recent times. They prefer smaller SUVs which are not only perfect for city rides, but more to the point have a stylish visual appeal. Furthermore, these small SUVs come with a lower price tag as their dealers directly pass on the sub four meter excise benefits to its customers.

Renault and Ford were the earliest ones to enter this segment with the Renault Duster and Ford Ecosport respectively. Both these cars offer hardy SUV looks along with handy proportions. Following their huge success, other prominent auto makers also have now come out with all the rage small SUVs.

Maruti Suzuki’s XA Alpha is the most awaited compact SUV in Indian car market, thanks to the company’s goodwill. This compact five seater SUV has rather comfortable and roomy interiors. Itis expected to go on sale in September 2014 and would cost anything from Rs. 7 to 10 lakhs. 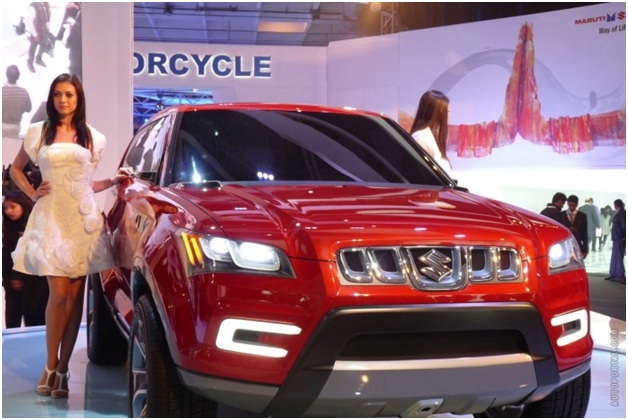 Tata Nexon is another compact SUV, which is expected to hit the roads within 2 years. It looks grand with 17 inch alloy wheels, 5 speed automatic transmission, four WD and LED headlights. It will be powered by a three cylinder turbocharged 1.2 liter petrol engine giving 110 PS and 170 Nm of torque.

Mahindra has announced that its compact SUV Mahindra S101 will be in showrooms by early next year. It will be powered by 1.5 litre three cylinder petrol as well as diesel engines.

Volkswagen Taigun is one more such SUV which was showcased at the 2014 Auto Expo. The Taigun is a good looking compact vehicle, with twin-split grille, spare wheel mounted on the rear, roof rails, rugged side-cladding and a low height. Taigun may cost from Rs. 8 to 10 lakhs.

Also unveiled at the 2014 Auto Expo in New Delhi was the Chevrolet Adra, another good car from the house of General Motors. It has an imposing appearance with the typical Chevy front. Adra is expected to carry the same diesel engine as in the Sail and Enjoy.

Hyundai is also likely to bring out a small SUV built on the lines of its i10 and Xcent, however there has been no official announcement regarding this vehicle by the company. Honda is also speculated to be working on a compact SUV whose design and engine will be based on Honda‘s Brio and Amaze. Renault Kwid is yet another one in the pipeline which has a rather interesting design. It will be equipped with a turbocharged 1.2-liter petrol engine mated to a dual-clutch automatic transmission.

For more information on new cars & bikes log on to Autoportal.com & Bikeportal.in