While it is true that medical electives are meant to significantly contribute towards the careers of medical students by providing a platform on which they increase their knowledge and get some firsthand experience before completing their undergraduate studies, electives do more than that. There are a few social elements which are worth highlighting.

Food is a fascinating aspect of developing countries’ culture. For example, most African citizens are accustomed to three heavy meals per day whereas denizens of most developed countries enjoy more than three light servings. While breakfast is the heaviest meal in developed countries, this is hardly the case elsewhere. For some reason, people in developing countries fancy heavy dinners. While a few slices of bread will do in a first world country, it will not suffice in a developing country. You may still have access to a few joints where you can grab fattening fast foods. Whether the food is served cold, hot or lukewarm is also highly variable, and you will definitely take note that most developing countries have little regard for this. There are some delicacies which are preserved for certain special ceremonies such as dowry negotiations and weddings. These will be prepared using distinctive ingredients and the taste and the aroma is just as unique. 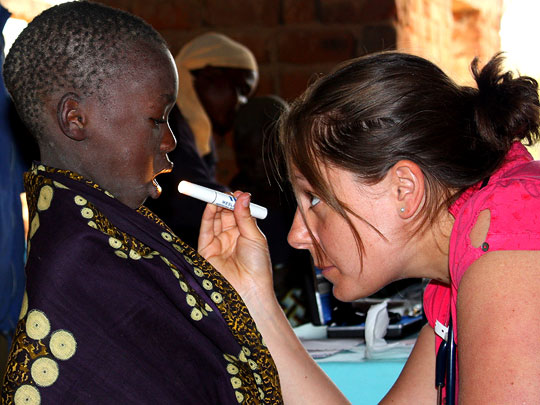 Music is an important element of life. While you may be used to soothing blues, hot rock, touching reggae music or smooth country music, your stay in a developing country may turn out to be transformational as far as music is concerned. People have adopted their own styles, often incorporating some traditional moves in music to give it that relaxing edge that you have been craving for ages. You may not understand the words, but the synchronization of musical instruments coupled with well tuned voice emanating from the vocal cords may just do it for you. There are occasions when members of certain communities will gather together, usually during the night, to celebrate their music as they sing and shake their body organs till dawn.

Dressing has a big impact on people’s lives. Most medical schools are quite relaxed and will not dictate what the students wear. However, most developing countries however have a dress code which has to be adhered to, failure to which there will be consequences. For example, in Kenya and Uganda, students have to be dressed in official wear with gents putting on ties during the ward rounds. Ladies have to be decently dressed to avoid causing unnecessary distraction when serious learning is going on.

Students from developed countries have probably never seen men and women dressed in hides made from the skin of animals. They probably read about such primitive things in historical books. Well, when you do an elective term in a developing country you might be lucky to come across a community which still values such traditions. It is titillating to understand the story behind such dressing.

Cultural festivals and parties are common in developed countries. They are even more common in developing countries, and the style is quite different. While students in first world countries will enjoy beer fests and similar activities back at home, those in developing countries will be treated to a mix of traditional songs and dances accompanied by pulchritudinous costumes and instruments. If you get the timing right you might get a chance to witness a traditional circumcision ceremony where young men are ushered into adulthood in style. Some communities have fascinating rites of passage. For example, the Maasai demand that their young men kill a lion before they are initiated in a ceremony where they paint themselves with red ochre. Marriage ceremonies are big occasions, and the preparations that go into them are simply meticulous. Once you attend a real African marriage, you probably will never forget it. It leaves an impression that is likely to last a lifetime, starting with the dressing of the bride, the negotiations, and of course, the food!

Matt Kane strongly recommends organising a healthcare elective placements abroad with a private organisation.  For placements in Africa, Matt recommends Work The World, with over 10 years of experience in the medical placements field.