Posted in Law
Author: Editor  Published Date: July 16, 2012  Leave a Comment on The States With The Strictest Cell Phone Laws For Drivers

More and more states are introducing strict cell phone regulations as part of a national movement to reduce the number of distracted drivers. Distracted drivers cause a significant number of accidents each year.

In addition, many local jurisdictions have implemented a total ban on cell phone use and text messaging while driving. The penalties for talking on a cell phone while operating motor vehicle varies from sizeable fines to the possible suspension of driving privileges.

Restrictions on cell phone use while driving come under several different classifications. These include handheld bans, restrictions for younger teen drivers and school bus operators, and text messaging bans for both student drivers and commercial vehicle operators. A total of 37 states now include crash data information on accident reports filed by police that pertain to the use of cell phones. 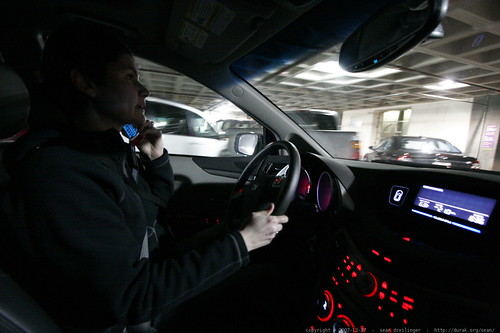 Restrictions On Handheld Devices for Drivers

There are 10 states that have a total ban on handheld cell phone units while operating a motor vehicle. These are:

The District of Columbia also bans the use of handheld phones while driving. Maryland and West Virginia laws apply to those drivers who are cited for another violation and are found to be using a handheld device while operating the vehicle.

No state currently has a total ban on all cell phone use while driving. However, 32 states have bans on any type of communications device usage by younger teenage drivers. This includes hands free cell phones. Bus drivers in 19 of the 50 states cannot use a cell phone while transporting customers.

A total of 39 states now have bans on text messaging for all drivers. Four of these states – Iowa, Nebraska, Ohio and Virginia – consider text messaging while driving as a secondary offense. Mississippi and Oklahoma prohibit all school bus drivers from texting while operating the vehicle. 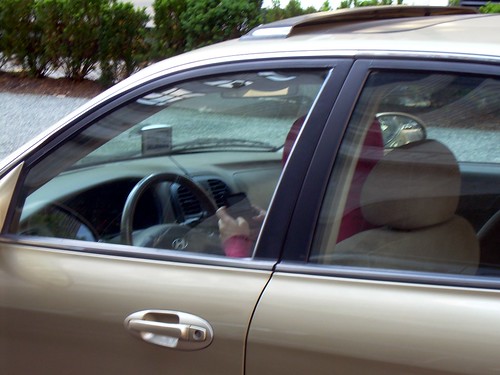 States With The Strictest Laws

California, Connecticut and New Jersey are examples of states that have a total ban on handheld cell phones, a total cell phone ban for juvenile drivers, and a total text-messaging ban for all drivers.

California and New Jersey also have a crash data information section on police accident reports. This means that insurance companies will be made aware of any accident where the use of a cell phone was a contributing factor.

The information gathered by law enforcement authorities includes details about the distraction of drivers because of their cell phone use. Proposed federal legislation includes the requirement of all states to implement this program in order to be eligible for certain federal funding.

Maine, New Hampshire and Utah treat cell phone use while driving as part of a state issue regarding distracted drivers. The penalties for driving while using a cell phone in these states are severe if the driver is involved in an accident. Utah currently has a law that prohibits citation for cell phone use unless the driver is ticketed for another major moving violation.

Statistics gathered by law enforcement clearly show a connection between accident frequency and the use of cell phones while driving. Because each state has its own laws regarding cell phone use and text messaging while operating a motor vehicle, those planning a move or traveling to another state are urged to check the current laws in force.