Posted in Lifestyle
Author: PN  Published Date: March 5, 2019  Leave a Comment on The story behind the circle skirt

Now an undisputed icon of the vintage fashion world, the circle skirt was originally conceived in the 1950s. Those post-war years full of rationing and often difficult times saw some designers wanting to break free of the “make do and mend” attitude and instead return to a more opulent style where the fabric was used freely. 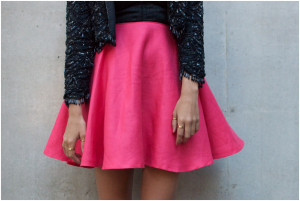 Christian Dior led the charge here. In fact, some of his early circle skirts can be seen at a special exhibition at the Victoria and Albert Museum in London, which is being held until the summer of 2019.

Dior wanted to create a look that wasn’t constrained by needing to ration fabric and echoed back to the full, opulent skirts of Victorian and even medieval times. He wanted luxurious designs that accentuated the female form. 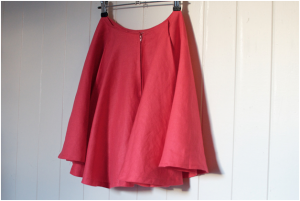 It takes its name from the fact that it is made from one circular piece of material. It could be argued that this approach has been around since Victorian times, but the circle skirts of the 1950s were very different from the somewhat austere and practical Victorian skirts.

Modern circle skirts were all about reams of fabric, tucked-in waists, and layers of petticoats that women could swish and flash while dancing to emerging rock-and-roll music.

The trend quickly took off, with circle skirts seen in every shop window from cheap and cheerful to expensive boutiques. They were made out of a huge range of fabrics in multiple colors and patterns. The main draw was the fullness and volume they created, along with the fact that they drew attention away from hips and onto slim waists.

In the fast-moving fashion world, circle skirts eventually fell out of favor, usurped by the mini skirts of the 1960s, but they are recognized today as a classic.