Women’s basketball has been suffering at the hands of poor officiating and economic mismanagement and is at an important point where it can turn around its fortunes or dive into in existence.

The struggle of women’s basketball has caused a decline in both the scoring and shooting percentages even with the improvement and skill of players such as, Candace Parker. The reason for this is not down to the sexist view that ‘women just can’t play basketball’  but it is due to the poor quality and low wages for officiators that has caused the game to become more physical than even the NBA meaning the shooters have received little or no protection. This further escalates to the point where the poor figures mean that possible sponsors are turned off from investing in the sport. 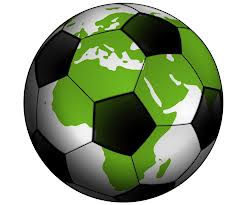 However, the mismanagement of the sport can be clearly seen as the NCAA tournament loses money incredibly in spite of capacity crowds of 20,000 and TV coverage by ESPN. This is as the powers that control the WNBA have attempted to base their financial model on that of the male league NBA. The size of the travel parties, coaches wages and other amenities are equal to if not more than the male league however, unlike the NBA, the WNBA fails to draw in the same revenues and is therefore running at  a loss and therefore not self-supporting.

The ludicrous fact about the problems that face women’s basketball could in fact be linked to the very ruling that ensured equality of women’s basketball to the male game, Title IX. By giving women’s sports equal funding to their male counterparts, those in power may supressed innovation of the game and be sitting complacently on the annual funds they receive.

Women’s basketball needs a big shake-up from the top-down, with NCAA committees being run by former volleyball coaches and deputy athletic directors. Instead, there should be basketball committees which ask the important questions such as how to attract fans to the female game but, that also seek the answers and seek to tackle the problems that litter the sport. Looking to improve the women’s game, the NCAA should seek to get rid of the physicality of the women’s game, upgrade those officiating and introduce a sense of professionalism to the WNBA. The committee should take a business attitude towards ticket sales and television rights in order to capitalise on the market and increase the commercial possibilities of the WNBA.

The alternative to not acting on facing the struggle of women’s basketball is that it will continue to be poorly mismanaged and will fall into disrepute and being run at a loss. It is vital to the sport that Title IX positively affects the sport and fulfils its role of bringing equality to the sport, not only financially but with regards to the standard of the sport as well.