Listed here describes some of the profound ways that have changed the way we meet, play and love. Things that go “beep”.

The major developments in online dating with this generation are mobile devices. Other Internet devices have also had a huge impact on the dating scene, but none are comparable to mobile devices. For at least 10 years, the singles community have largely ignored newspaper personal ads and the like for meeting single girls and guys. 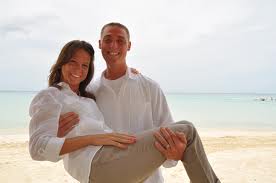 Texting
Younger people reading this will be shocked to learn, not all that long ago, if you were to meet someone you fancied in a bar or club, that you would indeed have to call them up the next day, as in, actually talk to them: it’s a scary scenario, I know. Thankfully, with the benefit of text messaging, actually talking to someone is, well, so yesterday.  Short messaging services permit the youth of today to express their desires using an indecipherable collection of abbreviated phrases using semicolons and brackets. But for those of us still in need of using actual sentences, we are limited to 160 characters in which to do so.

Current Trends and Technologies
One of the popular dating trends for meeting girls and guys is avatar instant messaging. The last 2 – 3 years has seen sites like Second Life impact enormously on the online dating space. The growth for avatar dating suggests that by 2014, 80% of single people will maintain a virtual identity. One of the dating sites that is pioneering in this singles trend is OmniDating.com.

With online dating now emerging as the frontrunner for modern matchmaking, iovation has emerged as a leading resource for online dating sites to protect their members from malicious fraud by online criminal syndicates. New fraud protection platforms can now flag scam members from participating dating services, and subsequently notify other dating sites about the suspicious activities.

Online Dating Brings Hope and Frustration
The online dating concept has, for many women, renewed the hope of being able to selectively choose potential mates without being subjected to sexual taunts and flaunts at public venues. Even so, a recent study by Canadian researches revealed that online dating has disappointed many who have tried. Professor Susan Frohlick, said that, the majority of women surveyed still felt a sense of empowerment and control by adopting the online dating path.

According to the research, even though the Internet dating model is a modern strategy to find love, 72% of women still expect their date to pick-up the tab, and to make the first move. “Single women have embraced the Internet as a means of easily entering the dating world, our research suggests that single women in general view online dating as safe, and it allows them to be somewhat more forward that face-to-face meetings, says Professor Frohlick.”
One of the overwhelming complaints shared by women dating online, was the sheer volume of single or attached men searching for younger women. Physical misrepresentation was also a leading complaint according to the research respondents.

The data from Frohlick’s dating survey has now been archived but will be called upon at a later stage as a pilot for a much larger collection of research data across all of North America.