Clarence Darrow (April, 1857 to March, 1938) is considered one of the greatest trial lawyers in American jurisprudence.  He started out as a corporate lawyer, working for the interests of large companies and utilities in the Middle West, such as railroads and factories.  But when railroads began prosecuting the leaders of labor unions, who were asking for such ‘radical’ benefits as an 8-hour work day, Darrow found himself in more sympathy with the union leaders than his own corporate clients.  So Darrow gave up the privileged, lucrative life of a corporate mouthpiece in order to defend union leaders, who were routinely thrown in jail during the 1890’s whenever even the suggestion of a strike was heard in American board rooms.  Darrow was also an early advocate of the abolishment of the death penalty, and gained lasting fame defending alleged criminals who might otherwise have been condemned to death. 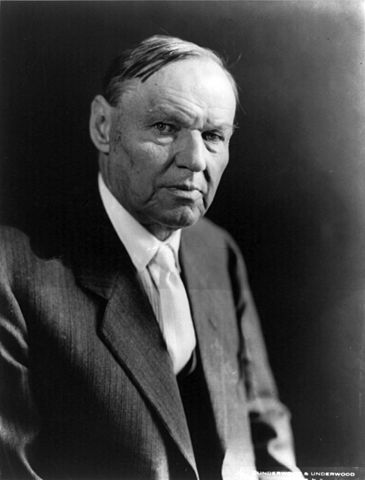 Darrow was immortalized in the Broadway play “Inherit the Wind” which was a loose retelling of the infamous Scopes trial in Tennessee.  In 1925 Darrow defended John T. Scopes from the charge of teaching the theory of evolution to his high school science class – a crime at the time in the state of Tennessee.    In the movie version of the stage play, Darrow was portrayed by Spencer Tracy as a pillar of upright, rigorous honesty.

Clarence Darrow billed himself as “The Only Honest Lawyer in America”, and the public believed him.  His colleagues in the law profession were rather more skeptical, but there was never the least taint of dishonesty or jury tampering to any of his cases.  Several law schools in America were named after him, and some of his cases are were taught in law schools as models of reasoned yet passionate law practice.

But how honest was Clarence Darrow?
The novelist Irving Stone was the first one to question some of the defense tactics of Darrow in 1948.  Stone wrote extensively about Darrow’s defense of the McNamara Brothers, who were accused of bombing the Los Angeles Times building in 1910.  Darrow became concerned about the outcome of the trial and worked with the prosecution to make one of the first plea bargains in American law history.  But before the plea bargain could be worked out, according to Stone, the defenses chief investigator, Bert Franklin, was caught suborning one of the jurors in the case.  Stone would not go so far as to implicate Darrow in the foiled bribe, but he confessed that the details left a ‘sour taste’ in his mouth about the great lawyer.

The question was finally settled in 1989 by law historian John A. Farrell, who had spent years going through Darrow’s private papers.  Farrell found conclusive proof that Darrow had actually engineered the attempted bribery of the juror back in 1910.  When he released his findings, the several Clarence Darrow Law Schools that then existed hastily changed their names.  Some of his cases are still taught in law school, but only as negative examples of what NOT to do in defense of a client.  A proposed revival of the stage play “Inherit the Wind” was postponed until it was rewritten to indicate that Darrow carried a guilty conscience with him about the handling of some of his early cases.

And so Clarence Darrow was found guilty of malfeasance 51 years after his death.  To date, no attorney has offered to exonerate him as a pro bono gesture to the defenseless deceased.

Tim Torkildson has a life-long interest in the history of law.  He works as a free-lance blogger for law firms such as http://www.disabilityinsurancelawyers.com/practice_areas/more/negotiating-disability-settlements